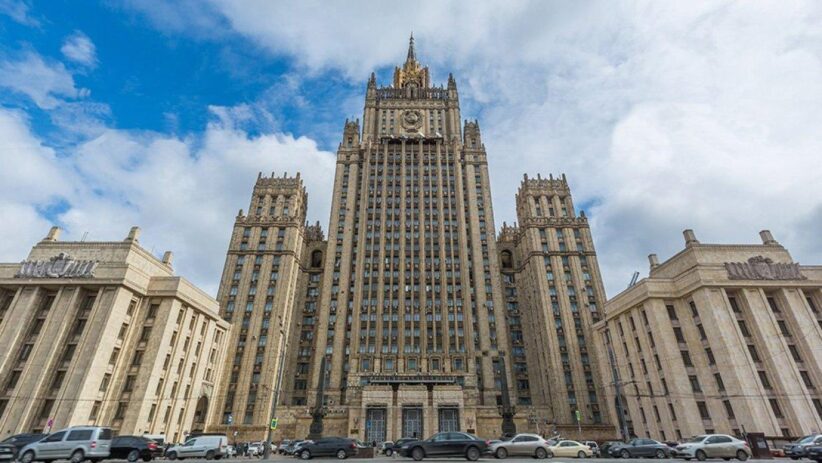 Russia has decried the European Union’s decision to send a civilian mission to the Armenia-Azerbaijan border, as Armenia’s foreign minister headed to Kazakhstan for talks with his Azerbaijani and Russian counterparts.

Commenting on the developments at a press briefing Tuesday, Russian Foreign Ministry spokesperson Maria Zakharova said, “We see this as yet another attempt by the EU to interfere by any means in the normalization of relations between Armenia and Azerbaijan, to oust our country’s mediation efforts.”

She continued, “We proceed from the fact that the only key to reconciliation between Baku and Yerevan, the establishment of lasting peace and long-term stability in the region, is the full implementation of the tripartite statements.”

That refers to three joint statements by the leadership of Armenia, Azerbaijan, and Russia since late 2020 to establish a ceasefire in and around Karabakh, reopen regional transit routes, and delimit the Armenia-Azerbaijan border.

“We maintain regular contacts on this issue (of implementing the tripartite statements) with our Azerbaijani and Armenian colleagues,” Zakharova added. “We count on taking advantage of the upcoming events…in Astana.”

The foreign ministers of countries in the Commonwealth of Independent States, a grouping of nine post-Soviet countries, are set to arrive in the Kazakhstani capital this week for talks. Armenia, Azerbaijan, and Russia are all CIS members.

On Wednesday, Armenia’s Foreign Ministry confirmed the Armenian, Azerbaijani, and Russian foreign ministers would hold talks Friday on the sidelines of the Astana summit.

The meeting was organized “at the initiative of the Russian side,” the ministry noted.

The CIS foreign ministers’ meeting in Astana comes on the heels of an informal summit of CIS leaders last week in Saint Petersburg. Armenian Prime Minister Nikol Pashinyan and Azerbaijani President Ilham Aliyev both attended, but little information on the Saint Petersburg summit has been made publicly available.

Armenian Foreign Ministry spokesperson Vahan Hunanyan said Tuesday, “Negotiations with Azerbaijan continue, and there are no developments in this regard since the statement that was released after the Prague meeting. In case of new developments, as before, we will inform the public in due time.”

Following lengthy talks last week in Prague, Armenia and Azerbaijan “confirmed their commitment to…recognize each other’s territorial integrity and sovereignty,” according to a joint readout. That meeting was between Pashinyan and Aliyev, with mediation by French President Emmanuel Macron and European Council President Charles Michel.

Washington is believed to have played a key role in brokering the fragile ceasefire that ended the fighting, and U.S. officials have since convened a number of meetings between senior Armenian and Azerbaijani officials.

The European Union has also played host to high-level meetings, and Brussels’ decision Tuesday to dispatch a mission to the Armenia-Azerbaijan border represents a potentially significant development.

Commenting on the ongoing negotiation process between Armenia and Azerbaijan, U.S. State Department spokesperson Ned Price said at a press briefing Tuesday, “What you can expect to see in the weeks and months ahead is continued American engagement, continued senior-level American engagement.”

“I can’t promise a particular outcome, but I can promise that it will remain a priority for us,” he added.

How has the Russian exodus to Armenia impacted the economy?