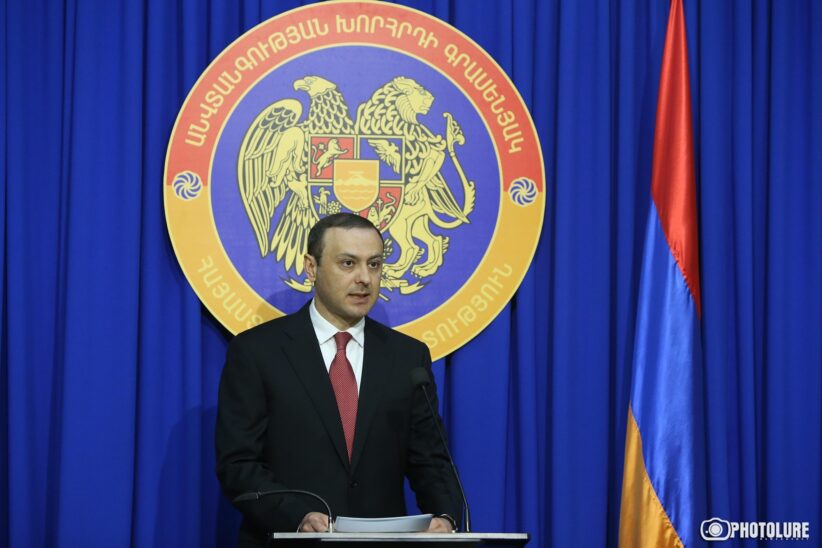 Armenia expects to sign both a peace treaty and a separate border delimitation deal with Azerbaijan by the end of the year, according to Armen Grigoryan, the head of Armenia’s Security Council.

It is notable that the European Union civilian mission, set to be sent to the Armenia-Azerbaijan border later this month, has a mandate to operate only until the end of this year.

In May, Armenia and Azerbaijan formed a joint working group to delimit their border — that is, to come to a legal agreement on where exactly the border lies — but nothing has come of the commission’s work so far.

“Also on the agenda is the withdrawal of Azerbaijani troops from the sovereign territory of Armenia. We also discussed the lifting of the blockade,” Grigoryan added. “Armenia’s position remains that we will not discuss any issue that has corridor logic, and we continue to insist that the lifting of the blockade be based on the principles of sovereignty and reciprocity.”

Azerbaijan remains in control of around 50 square kilometers of Armenian territory following its unprecedented attacks on three dozen Armenian municipalities last month. In the weeks since, Yerevan has repeatedly called on Baku to withdraw.

Yerevan has also consistently dismissed Baku’s demand to open an overland “corridor” to connect mainland Azerbaijan with the exclave of Nakhichevan, language that Armenia says implies Azerbaijani control of the route.

The November 2020 ceasefire signed by Armenia and Azerbaijan and brokered by Russia calls for “all economic and transport connections in the region (to) be unblocked,” including routes connecting mainland Azerbaijan with Nakhichevan, but it does not say such routes should constitute corridors.

Turning to the Karabakh conflict, which lies at the heart of the many disputes between Armenia and Azerbaijan, Grigoryan said: “The main agenda is how we can create an international mechanism for Nagorno-Karabakh and Azerbaijan to discuss the security and rights of Karabakh’s Armenians. We hope that, in the (negotiation) process, we will be able to form this international mechanism.”