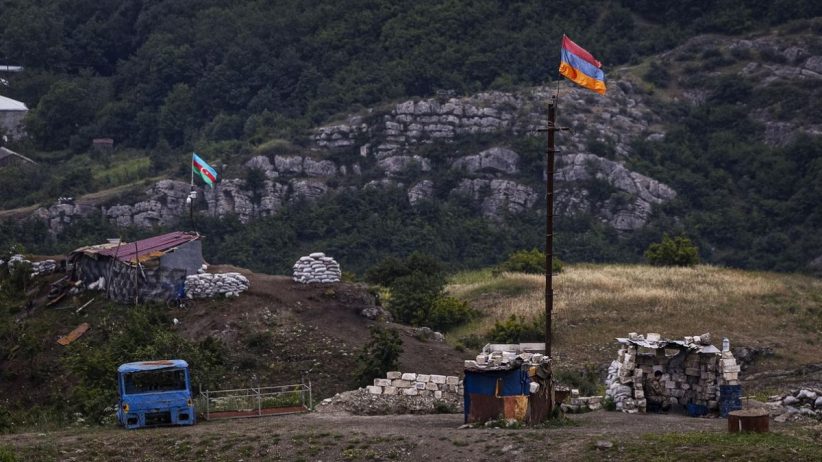 Armenia and Azerbaijan’s joint border delimitation commission is set to convene in Brussels in the first week of November, Armenian Deputy Prime Minister Mher Grigoryan’s office told the Armenpress news agency Monday. No other details were made immediately available.

Grigoryan, alongside his Azerbaijani counterpart, Shahin Mustafayev, heads the commission.

Grigoryan and Mustafayev have so far met twice in their capacity as commission co-chairs, once in late May on the border between Armenia and the Azerbaijani exclave of Nakhichevan, and a second time in late August in Moscow.

Armenia and Azerbaijan officially formed the commission to delimit their border in May, just one day after talks in Brussels between leaders Nikol Pashinyan and Ilham Aliyev, but nothing has come of the commission’s work so far.

The border between Armenia and Azerbaijan remains undelimited and undemarcated, as it was once an internal Soviet boundary, and so officially defining it was not an issue of concern to the authorities at that time.

Delimitation refers to the process by which a border is legally defined, while demarcation involves physically marking a border, such as by building a fence or wall.
Armen Grigoryan (no relation to Mher), the influential head of Armenia’s Security Council, said earlier this month that Armenia expects to sign a border delimitation deal with Azerbaijan, as well as a separate peace treaty, by the end of the year.

Integrating Armenianness into your personal and professional life