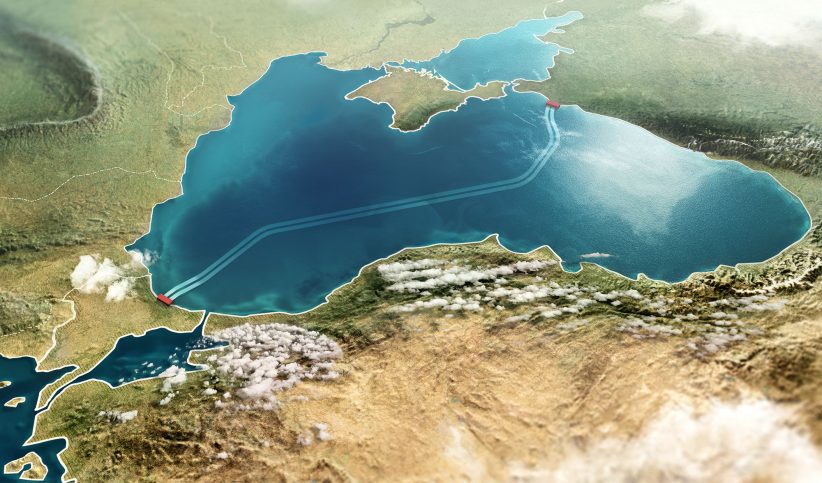 The article was published in World Energy Weekly (October 24 issue), a publication of Petrostrategies, a French think-tank specializing in energy issues.

Аlthough the European Union has decided to dispense with Russian gas completely, as from 2027 at the latest, Vladimir Putin still considers Europe to be a market for his country’s gas. In northern Europe, the three damaged strings of Nord Stream 1 and 2 could be repaired if the Europeans so desire, he said on October 12. As for the undamaged string of Nord Stream 2, “Russia is ready to start deliveries. The ball is in the EU’s court. If they want, the taps can be turned on”, he said.

However, the most important new factor is Russia’s proposal to make Turkey into a gas hub. Turkish President Recep Tayyip Erdogan was obviously quick to accept such a suggestion, and ordered his government to begin studies immediately. “We could move the lost volumes from the Nord Streams along the bottom of the Baltic Sea to the Black Sea region and thus make the main routes for the supply of our fuel, our natural gas to Europe through Turkey, creating the largest gas hub for Europe in Turkey”, said Putin. “If Turkey and potential buyers in other countries are interested, Russia can consider building another gas pipeline [other than TurkStream, in the Black Sea] and establishing a gas hub in Turkey for trade with third countries, first of all European countries, of course, but only if they are interested”, he added.

Everything indicates that Vladimir Putin’s proposed hub is meant to target Ankara rather than Europe. Turkey has long dreamt of becoming a major transit country for gas on its way to Europe. Some 27 bcm/annum of gas currently passes through the country on its way to the EU. This figure includes 12 bcm/annum from Azerbaijan, 10 bcm of which is delivered via the TANAP-TAP gas pipeline system, and a further 15.75 bcm/annum from Russia via one of the TurkStream gasline’s two strings, the other being reserved for the Turkish market. The possibility of doubling Baku’s gas exports to Europe via the TANAP-TAP gas pipelines to 20 bcm/annum has been mooted. For their part, Putin and Novak have raised the possibility of doubling TurkStream’s capacity to 63 bcm/annum. The gas pipeline starts near the Russian port of Anapa (opposite the Crimea) before crossing the Black Sea and entering Turkey at the village of Kyköy in eastern Thrace. Putin’s proposal to Erdogan is, first and foremost, a way to compete with Azerbaijan’s future gas production․

It would be very difficult for Turkey to meet the conditions required to create a real physical gas hub. First of all, it would have to ensure that spot trading remains highly liquid, whereas all the gas that currently passes through Turkey is traded under long-term contracts. A broad range of gas sources would also be needed: it’s difficult to imagine how gas trading could develop on the basis of volumes from Russia and Azerbaijan alone. Iranian gas also enters Turkey, of course, but never goes further than the country’s eastern provinces. Turkey also imports LNG: it should be possible to freely trade at least some LNG regasified in Turkey at the future hub. Gas-storage capacities would also have to be developed at the hub, which would have to be an integral component of a free and competitive market; neither term can be applied to the Turkish market. Finally (and this is probably the most important condition of all), the transit country where the hub is located would have to be both stable and reliable. But all too often, Turkey has the unfortunate habit of resorting to blackmail in its relations with third countries. There are many examples: it blackmailed the EU into paying billions of euros to prevent a wave of Syrian refugees from entering Europe; it blackmailed NATO over Finland’s and Sweden’s applications to join the alliance; it blackmailed the EU over Cypriot gas; it unilaterally demarcated territorial waters in the Mediterranean to prevent Cyprus and Israel from exporting their gas to Europe without passing through Turkey, and so on. As far as European gas imports are concerned, becoming more dependent on Turkey would be tantamount to handing Ankara yet another way to blackmail Europe, which it would certainly not hesitate to use.

Russian lawmaker hits back against Armenia entry ban as ‘insulting’