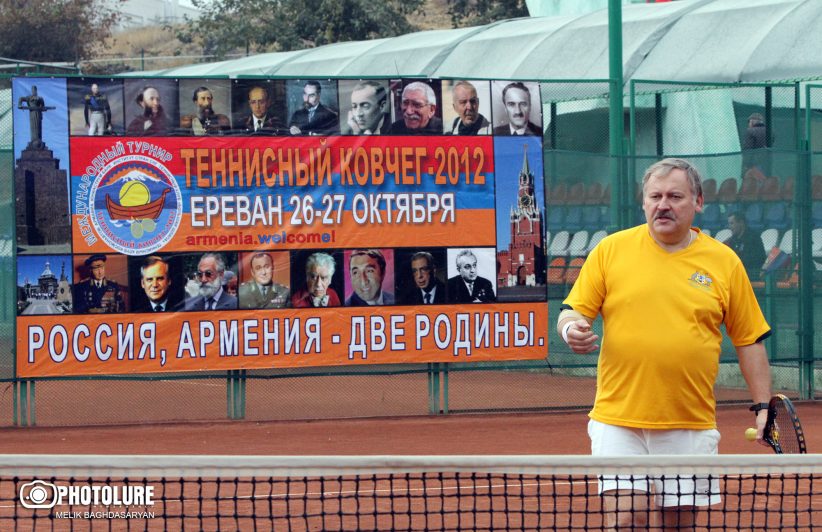 Russian lawmaker Konstantin Zatulin, who serves as the deputy chair of the Russian parliament’s committee on post-Soviet affairs and Eurasian integration, has hit back against the Armenian parliament’s decision to ban him from entering the country as “insulting.”

“I assess this as an insulting step,” Zatulin wrote on Telegram Tuesday. “We received a letter from the head of the foreign relations department of Armenia’s National Assembly. We were told that my visit was undesirable, and that my statements cause damage to Armenia.”

Zatulin attached a copy of a letter from parliament staffer Tigran Seiranian that read, “Unfortunately, your recent public statements against Armenia cause damage to the development of friendly and allied relations between our states…Your visit to Armenia is considered undesirable.”

Tsovinar Khachatryan, a parliament spokesperson, has confirmed to Radio Azatutyun that Seiranian had sent Zatulin a letter informing him of the entry ban.

The news of Zatulin’s ban was first reported earlier in the day on Tuesday by the Armenian Times, an Armenian newspaper closely connected with Armenian Prime Minister Nikol Pashinyan.

“Zatulin is now considered persona non grata in Armenia,” wrote the paper, which is edited by Anna Hakobyan, Pashinyan’s wife. It cited only unnamed sources.

The paper’s column continued: “Zatulin has repeatedly blamed the Armenian government for the defeat in the (2020 Karabakh) war. Moreover, interfering in Armenia’s domestic political affairs, Zatulin has more than once voiced his opinion that Nikol Pashinyan should resign. Zatulin has even gone so far as to accuse the Armenian authorities of driving a wedge into Armenian-Russian relations.”

Zatulin has been a vocal supporter of Armenian causes in Russia and enjoys close connections with the former political leaders in both Armenia and Karabakh. He has previously been denied entry to Azerbaijan, Estonia, and Ukraine in response to his actions and remarks.

The news of Zatulin’s ban comes one day after Russian officials confirmed they are planning to broker talks between Pashinyan and Azerbaijani President Ilham Aliyev by the end of the month.

Over the summer, the Armenian government banned one French Armenian and two Dutch Armenians, all with links to the Armenian Revolutionary Federation, a pan-Armenian political party commonly known as the Dashnaktsutyun. It is believed they were the first such cases in decades.

Russia is looking at other ways to export gas to Europe: Petrostrategies