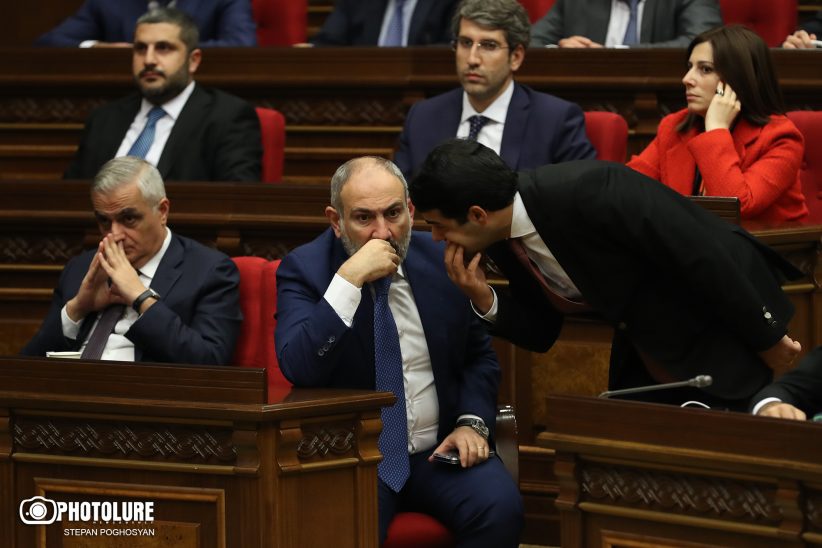 Question and answer session between the Armenian Government and National Assembly took place at the Armenian parliament.

“Yes, there is an invitation from the Russian president to hold a trilateral meeting in Sochi on October 31. I have confirmed my participation,” Pashinyan said at a question-and-answer session at parliament. “I have no information whether the Azebaijani side has confirmed its participation or not.”

Pashinyan will also hold one-on-one talks with Putin during his visit to Sochi, he told lawmakers.

Kremlin spokesperson Dmitry Peskov said earlier this week that Russia is preparing to host another round of negotiations between the Armenian and Azerbaijani leaders. Putin invited Pashinyan and Aliyev to hold talks “in Russia in any place at any time” at a summit of post-Soviet countries earlier this month.

“Many issues have built up about which some exchange of views, clarifications, and questions must be voiced,” Pashinyan said Wednesday, naming reopening regional transit routes, border delimitation efforts, and “ensuring stability and security in Nagorno-Karabakh” as priorities for the talks.

Continuing, Pashinyan reiterated his administration’s hope to reach both a peace treaty and a separate border delimitation deal with Azerbaijan by the end of the year, adding that he expects the delimitation agreement to be signed first.

Armen Grigoryan, the influential head of Armenia’s Security Council, first laid out that timeline in an interview earlier this month with public television.

Turning to the topic of the Collective Security Treaty Organization, a Russian-led military alliance, Pashinyan told lawmakers Wednesday that Armenia plans to initiate an emergency CSTO session “as soon as possible.”

“There are very clear expectations: first, that the CSTO issues a clear political assessment of what happened (last month during Azerbaijan’s attack on Armenia) and second, that the CSTO adopts a roadmap on restoring Armenia’s territorial integrity,” Pashinyan said.

On the first day of Azerbaijan’s unprecedented assault last month on three dozen Armenian municipalities, Pashinyan formally appealed to the CSTO for help, but the alliance pointedly declined to send military assistance to Armenia, despite treaty obligations. The CSTO then dispatched senior officials to Armenia to compile a report on the situation.

In a potentially significant development, Russian Foreign Minister Sergey Lavrov said at a meeting earlier this month with his Armenian counterpart, Ararat Mirzoyan, that the CSTO stands “ready” to deploy observers to the Armenia-Azerbaijan border.

“The only thing required is the decision of the (CSTO) council, which must be convened by the organization’s chair. That is currently Armenia. As soon as you have free time, we will be ready to formally approve this mission, and it can get to work,” Lavrov told Mirzoyan.

Russia’s TASS news agency has previously reported that sending a CSTO mission to the region was among the recommendations included in the report put forward by alliance officials after their visit to Armenia.

RT’s Margarita Simonyan claims to be banned from entering Armenia

A leaderless and rudderless nation