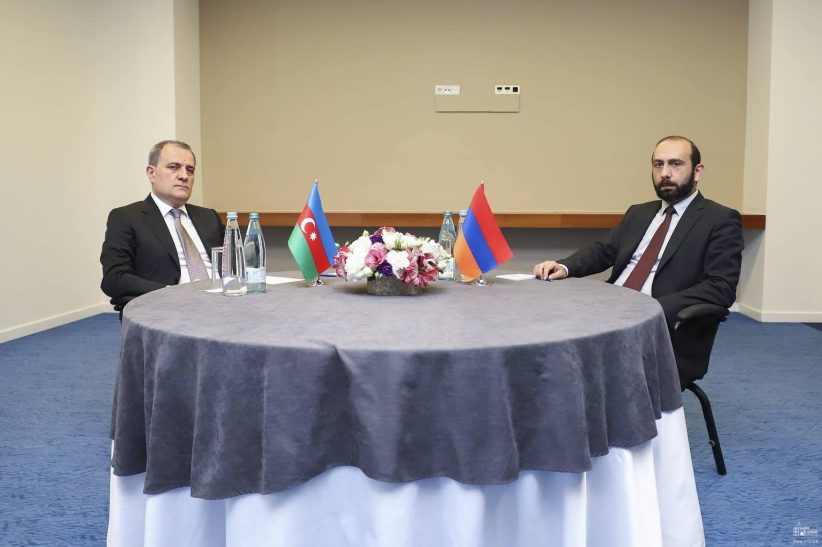 “Especially after Azerbaijan’s aggression on September 13, I think that the international community sent a very clear message to Azerbaijan that the use of force or threatening to do so cannot be a way to solve issues,” Mirzoyan added, speaking at parliament.

Washington has not confirmed the news, as of late Thursday afternoon Armenia time. Baku has not commented.

Mirzoyan’s announcement comes on the heels of a major summit Monday in Sochi, where the leaders of Armenia, Azerbaijan, and Russia held their latest round of talks.

The Karabakh issue, which is at the heart of the many conflicts between Armenia and Azerbaijan, was notably absent from that statement, except one reference to the “key contribution of the Russian peacekeeping contingent to ensuring security in its deployment zone.”

Armenia’s negotiating team “insisted to the very end to include a formulation about Nagorno-Karabakh” in the statement, Armenian ambassador-at-large Edmon Marukyan said, “but it was not included because Azerbaijan did not agree to it.”

Mirzoyan and Bayramov’s apparent upcoming meeting with Blinken comes as Washington appears to be deepening its diplomatic engagement in the region, even while Russia seems to be trying to reassert its role after months of appearing preoccupied by its full-scale war against Ukraine.

Blinken was the first person to broker high-level talks between Armenian and Azerbaijani officials after Azerbaijan’s unprecedented September attack on Armenia, and Armenian officials have said that the United States played a key role in establishing the ceasefire that ended September’s fighting.

Russia has repeatedly accused outside powers of attempting to meddle in the South Caucasus and “oust” Russia, the region’s traditional security guarantor — accusations that Washington has consistently dismissed.

Armenia and the Russian tightrope