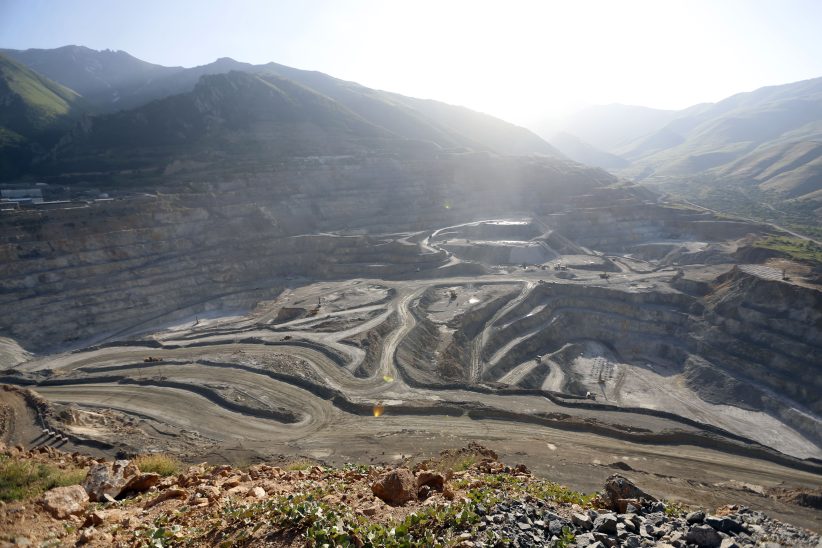 CivilNet, alongside Transparency International Armenia, scored a major legal win Wednesday, with Armenia’s Administrative Court holding that the Armenian government must hand over information regarding last fall’s controversial sale of Armenia’s largest mine.

“The Republic of Armenia has undertaken a commitment to the transaction’s other party to maintain the confidentiality of its (the agreement’s) provisions. The requested information has acquired a confidential nature,” the government said.

About a month before CivilNet’s request, a subsidiary of GeoProMining, a Russian company controlled by oligarch Roman Trotsenko, purchased a majority stake in the mine and then immediately ceded a quarter of its newly gained shares to the Armenian government without explanation.

Armenian officials have repeatedly refused to comment publicly on the matter.

Both the Armenian government and the GeoProMining subsidiary, Industrial Company, are able to appeal Wednesday’s ruling, which would prolong legal proceedings and in effect delay the release of the documents.

The Zangezur mine has long had an opaque ownership structure that has made it difficult for reporters and the general public alike to understand who ultimately controls — and benefits from — the operation.

The mine employs about 4,000 people in Armenia’s southernmost Syunik region and is the country’s single largest taxpayer, accounting for around 3 percent of the Armenian government’s total tax revenues last year.

The agency had twice refused to provide the requested information and, contrary to Armenian law, failed to explain its reasoning for the refusals.

Armenian law allows anyone to request information from Armenian government bodies, which are expected to respond within 30 days.

Russian companies control many of Armenia’s mines, which play a central role in the country’s economy.