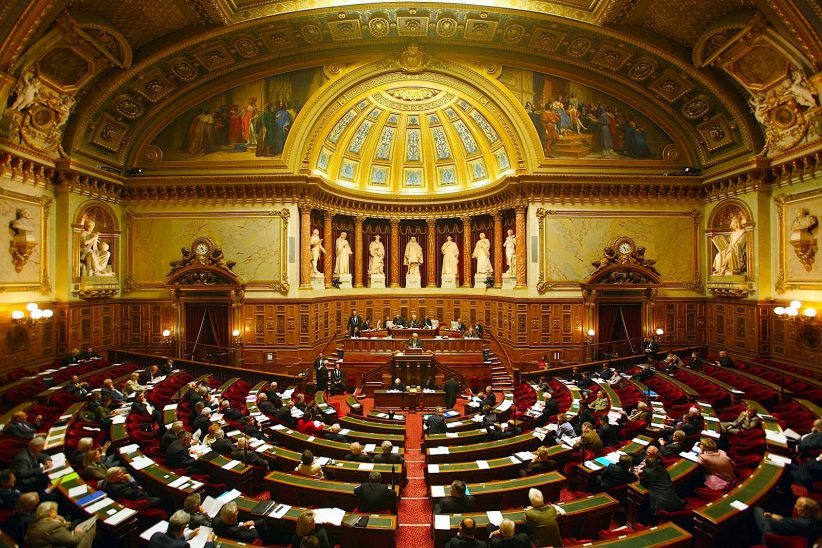 “We call on the government to consider…confiscation of the property of Azerbaijani leaders and the possibility of placing a ban on the import of Azerbaijani gas and oil,” the resolution was quoted by Radio Azatutyun as reading in part.

The resolution, which passed by a vote of 295 to 1, also calls on Azerbaijan to withdraw its troops from Armenia and for the status of the Lachin corridor, the only remaining route between Armenia and Karabakh, to remain unchanged.

Importantly, the resolution is non-binding, and the French government is not required to take any further actions in response to its passage.

A representative from France’s Foreign Ministry present at the vote did not say if the government would respond to the resolution, noting only that “no country in the world does more to support Armenia,” Radio Azatutyun reported.

The resolution’s passage was quickly welcomed in both Yerevan and Stepanakert, with Armenian Parliament Speaker Alen Simonyan and Karabakh State Minister Ruben Vardanyan each releasing statements hailing the resolution.

In sharp contrast, Azerbaijan’s Foreign Ministry posted a lengthy rejection of the resolution, calling it “false and slanderous,” “biased and one-sided,” and an “open provocation (that) serves to undermine the process of normalization of relations between Azerbaijan and Armenia.”

Just weeks after the end of the Karabakh war two years ago, the French Senate passed a resolution calling on the government to recognize Karabakh’s independence. That resolution, like Tuesday’s, passed nearly unanimously and was non-binding.

No country has ever recognized Karabakh’s independence, including Armenia.