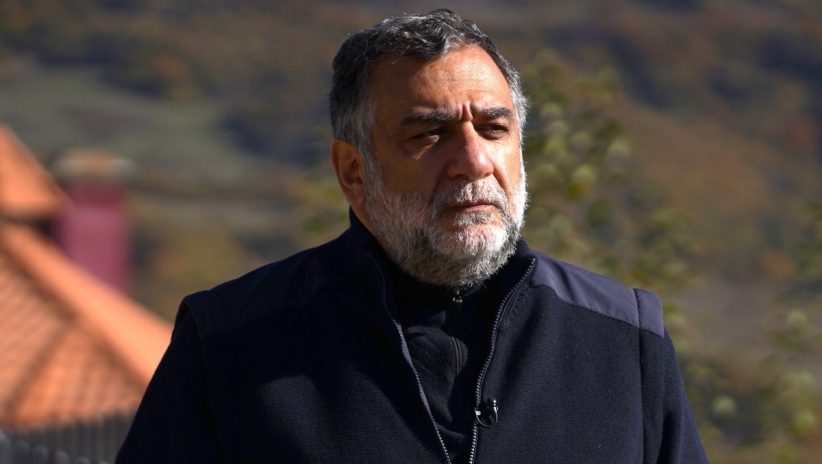 Karabakh State Minister Ruben Vardanyan hit back Thursday at comments earlier in the day by Azerbaijani President Ilham Aliyev dismissing the philanthropist as being “sent there from Moscow…with a very clear agenda,” with Vardanyan insisting he can represent Stepanakert at future talks with Baku. Since he is, as Aliyev had earlier proscribed, a person ‘who lives in Karabakh and wants to live there.’

“I have repeatedly underscored that I have renounced Russian citizenship in order to avoid accusations that I am in Artsakh pursuing anyone else’s interests besides the interests of the people of Artsakh,” Vardanyan wrote on his official Facebook page. “I believe I fully comply with the criterion for being a negotiator put forward by Mr. Aliyev: a person ‘who lives in Karabakh and wants to live there.’”

Stepanakert must engage in talks with Baku “no matter how difficult it may be,” added Vardanyan.

Earlier in the day, Aliyev dismissed the possibility of holding talks with the Armenian government about the future of Karabakh and rejected Vardanyan as a representative of the region.

“We are ready to talk about [rights and security] with Armenians living in Karabakh, but not with people like Vardanyan, who has been sent by Moscow hiding billions of dollars stolen from the Russian people in his pockets,” Aliyev told a European Union official visiting Baku. “He was sent there from Moscow with a very clear agenda. We are ready to talk with the people who live in Karabakh and want to live there.”

Vardanyan, a billionaire businessman who is well-known in Armenia, Russia and elsewhere for his philanthropic efforts, took up the post of Karabakh state minister last month, after renouncing his Russian citizenship last September and moving permanently to the region. He said at the time he was “not in Artsakh for a (government) position.” During the previous 20 years, Vardanyan has invested in fundamental institutions in Armenia, in education, business, humanitarian and other sectors.

Karabakh President Arayik Harutyunyan has given Vardanyan significantly broader powers than his predecessor had, with Vardanyan now overseeing nearly all of Karabakh’s government agencies. The post of state minister is roughly akin to that of a prime minister.

Vardanyan was born and raised in Soviet Armenia and made his fortune in investment banking in Russia in the early 1990s.

The Armenian villages within the scopes of Azerbaijani soldiers