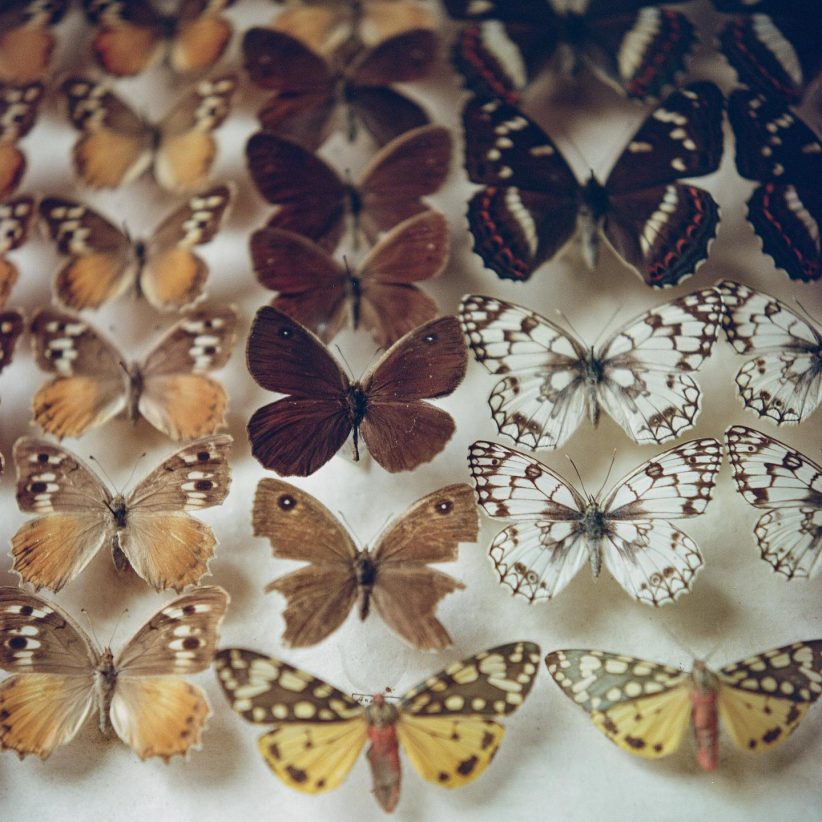 The topic on social media lately has been… well social media itself, with one of its biggest platforms Twitter thrust into an existential crisis with the sudden takeover by a certain rogue billionaire. That said, despite the feeling of being on the deck of the Titanic, Armenian Twitter continues apace, so here’s a round-up of what we’ve been talking about this month!

Many fear that with Musk’s takeover, his promise of “free speech” will actually mean making room for hatred to flourish. This article from the Institute for War & Peace Reporting details the ecosystem of hatred found throughout social media of Azerbaijani accounts which celebrate the dehumanization and murder of Armenians.

Azerbaijani troll farms attempt to promote this hate through fake accounts boosting the popularity of anti-Armenian hashtags. Just existing on Twitter, Armenians have long felt the assault of such bots, but now there is verification from the Atlantic Council’s Digital Forensic Research Lab. Also check out this thread by Twitter user Bedig who has been highlighting fake account creation in support of one of the most outlandish anti-Armenian Twitter personalities, Dr. Fariz Ismailzade, the Vice-Rector of Azerbaijan’s diplomatic academy ADA (his boss the Rector happens to be Hafiz Pashayev, uncle of Azerbaijan’s Vice-President Mehriban Aliyeva).

With users trying to make sense of the current moment on Twitter, which has seen utter chaos when Musk allowed anyone to buy one of the coveted “blue check”s of notability, the reaction can be described as chaotic at best. Even though the blue check gambit was allegedly supposed to be a great equalizer where everyone could feel important- and its $8 fee a faint attempt at recouping the $44 billion dollars Musk owes for his purchase of Twitter- well not surprisingly things haven’t gone as anticipated. People immediately started purchasing “verified” accounts they’d put in the names of famous people and corporations and make policy announcements, which caused huge amounts of confusion and bad press for those companies. The tweet above is a satirical example of the effect it had on the Twittersphere.

And one other tweet worth pointing out which has gone viral using the Armenian Genocide to satirical effect, now with well over 50,000 likes. What’s so interesting is how denial of the Armenian Genocide, perhaps due to it being so contested on social media thanks to those previously mentioned anti-Armenian bot accounts and just in general the cartoonishly evil Turkish representatives who deny it so furiously, the Armenian Genocide has become a sort of meme. It has become shorthand for one of the worst or most disappointing things a person can do, kept alive by the parade of characters who still do seek to deny it, most recently Dr. Oz who lost his close Senate race in Pennsylvania in part because of all the bad news surrounding his refusal to recognize the genocide and his ties to vocal deniers. A study of exactly how the Armenian Genocide became “memeified” is probably the subject of a college thesis waiting to happen, but clearly the now decades-long movement for recognition has succeeded in making it a part of on-line consciousness.

In a political move which surprised many, Vice-President Mehriban Aliyeva abruptly resigned from her position as “UNESCO Goodwill Ambassador” in which capacity she had served since 2004. The appointment was controversial from the start, as in 2005 video evidence of the Armenian cemetery of Julfa being destroyed brought attention to the decades-long cultural heritage destruction going on in Azerbaijan, which has blocked UNESCO investigating on its territory. What’s more, UNESCO’s two-term chief Irina Bokova had very close relations with the Aliyevs and it was later revealed her husband was one of many recipients of cash as part of the sprawling Azerbaijan Laundromat of caviar diplomacy. While Aliyeva was allowed to resign, with some pointing to the fact the current UNESCO Director-General Audrey Azoulay is French (as Azerbaijan has taken to insulting France as of late for its ties to Armenia), however that explanation makes little sense while others imply this was less of a resignation and more of a firing which was a long time coming.

Speaking of destruction of cultural heritage, journalists from BBC Russia were able to confirm reports by Caucasus Heritage Watch about the bulldozing of the ethnic Armenian Mets Tagher village cemetery near Hadrut which was ethnically cleansed of its residents in 2020. The journalists became aware of the destruction from CHW’s report and so resolved to investigate when they were in the region. Unlike in 2005, technology is outpacing their ability to hide the destruction, and while it is unfortunately too late for Mets Tagher, hopefully this kind of work will hold governments accountable.

Worth bringing to your attention if you haven’t already seen it, last week the Senate Committee on Foreign Affairs held a hearing with Assistant Secretary of State for European and Eurasian Affairs Karen Donfried and Senior Advisor for Caucasus Negotiations and Minsk Group co-Chair Philip Reeker as witnesses. Menendez concluded what can only be described as a dressing-down of the two State Department officials, describing it as “one of the most disappointing hearings I’ve ever held”. He described the United States as being “in bed with Azerbaijan”, in response to a hearing which saw Reeker almost nonchalantly dismissing the numerous videos of war crimes against Armenians and admitting that the United States has done nothing to investigate them. With the Democrats having held the US Senate in this month’s election, Menendez is on track to remain at the committee’s helm.

Armenian diplomacy has also been at work at the current Francophonie Summit, this year being held in Tunisia. President Aliyev, always insecure, responded by making fun of Armenia and France as “they call each other sisters” (as opposed to being strong masculine states) and boasted how it has more friends in CSTO than Armenia has (which actually most Armenians would agree with now).

The eyes of Armenian social media have also been following an all-expenses paid junket organized by the government of Azerbaijan through the recently founded Network of Azerbaijani Canadians. While one of the participants Adam Zivo (donning his newly-purchased blue check) has the appearance of a journalist, in actuality he is a professional content creator, though he claims he was not paid for the trip since it is not glamorous and he could have made more money working with other clients. Also on the trip was Canadian television personality and interior designer Shai DeLuca, who was far less measured in his total embrace of Azerbaijani propaganda. A particular nerve was struck when they visited Shushi, and portrayed its story as an Azerbaijani town freed from occupation, leaving out any context at all regarding its Armenian heritage and the multiple occurrences of Armenians being ethnically cleansed from it. Zivo stated his intention was to tell the unheard stories of Azerbaijani IDPs, which is admirable, but he went in seemingly naive of the optics of accepting a free ride from Azerbaijan to do so, and that by telling one side of the story by omitting any context about the other when it is so intrinsically linked, one appears biased at best. For his part, though DeLuca said he was there to cover “Jewish voices”, with Azerbaijan’s embrace of Israel and Jews one of its favorite talking points, he spent more time vilifying Armenians than he did covering Jews. Clearly surprised by the amount of blowback they received for partnering with one of the world’s worst dictators, on Sunday morning as soon as the junket ended DeLuca announced that he was leaving Twitter and deleted his account.

Moving on to sports, Armenia continues its emergence as an up-and-coming force in the world of gymnastics…

…while a favorite Armenian football player pays a visit to Armenians’ favorite Pope!

In the entertainment world, Armenia’s Eurovision contestant Rosa Linn made her debut on American Late Night Television with James Corden, who seemed delighted with her performance. Can you spot the number of Armenian allusions they slipped in?

Though her success came belatedly after the competition, Armenia did win Eurovision Junior last year with Maléna, and so Yerevan will be hosting Jr. Eurovision very soon – on December 11!

Finally, one of National Geographic’s Pictures of 2022 include the legacy of an Azerbaijani entomologist and his impact across the border in Armenia. The story of how his daughter traveled there to search for his namesake rarely-seen butterfly which inhabits the border region between the two countries is described here on her Facebook post.

Armenia to host CSTO summit, despite bloc’s failure to respond to Baku’s incursions

Turkey’s Regional Policy and the Prospects of Armenia-Turkey Normalization