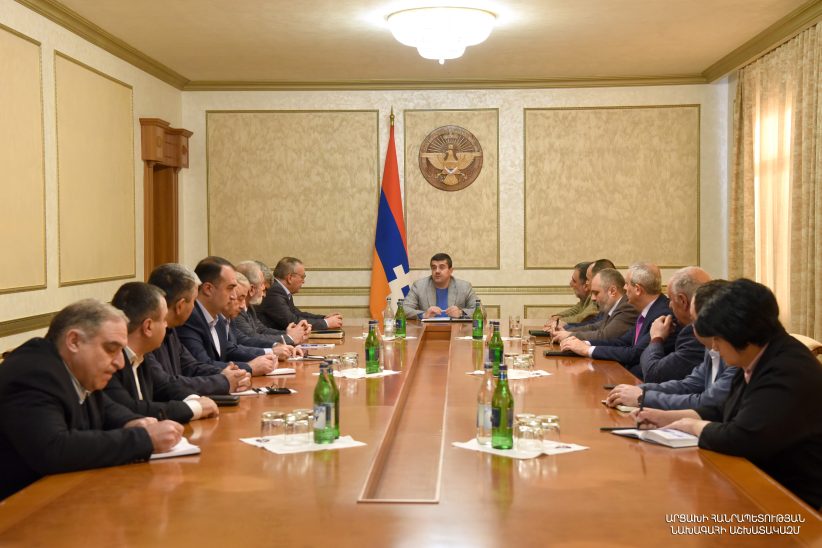 Karabakh President Arayik Harutyunyan dismissed nine of Karabakh’s 11 ministers from their positions on Wednesday after reaching an agreement with State Minister Ruben Vardanyan on a major government shake-up.

In a press release, Vardanyan’s office cited “the current crisis situation” and the need for “new approaches to governance” as a justification for the move.

Replacements for the nine dismissed ministers have not been announced. Though only Harutyunyan has the power to hire and fire ministers, Wednesday’s dismissals suggest he may make the new appointments in coordination with Vardanyan.

Vardanyan, a businessman and philanthropist who was born and raised in Soviet Armenia and made his fortune in investment banking in Russia in the early 1990s, took up the post of Karabakh state minister last month. The month before, he announced he was renouncing his Russian citizenship and moving permanently to Karabakh.

Harutyunyan has given Vardanyan significantly broader powers than he had given to Vardanyan’s predecessor, who oversaw only four of Karabakh’s ministries. The post of state minister is roughly akin to that of a prime minister.

Last week, Vardanyan insisted he can negotiate with Baku on behalf of Karabakh’s Armenians in response to remarks by Azerbaijani President Ilham Aliyev dismissing Vardanyan as being “sent there from Moscow with a very clear agenda.”