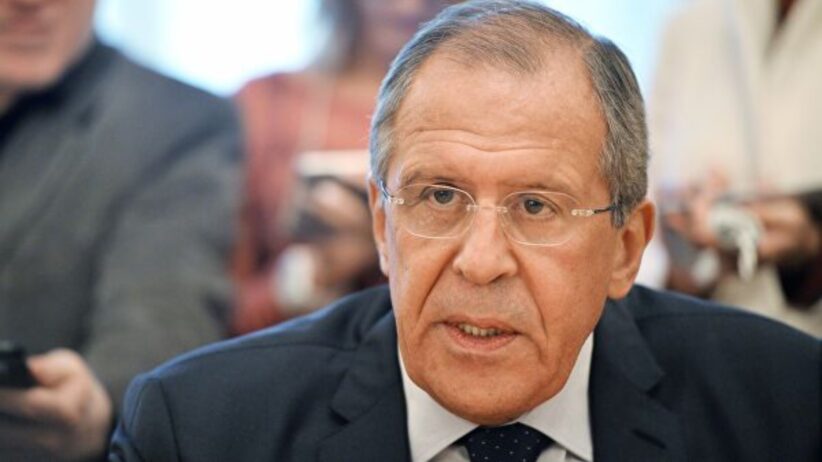 Russian Foreign Minister Sergey Lavrov said at a press conference Thursday that France and the United States are to blame for freezing the Minsk Group, echoing previous accusations that the West is now “meddling” in the South Caucasus.

“After the start of the special military operation, the West, through its mouthpieces in Washington and Paris, stated it will not cooperate with Russia anywhere or in any format,” Lavrov said, referring to Russia’s full-scale invasion of Ukraine in February. “Thus, they announced the end of the OSCE Minsk Group’s activities.”

The Minsk Group is a body under the Organization for Security and Cooperation in Europe that has led efforts to mediate a peaceful solution to the Karabakh conflict for many years, largely without result. The group is co-chaired by France, Russia, and the United States.

Rising international tensions over the war in Ukraine have thrown the future of the Minsk Group in serious doubt. Since the war began, Moscow has repeatedly questioned the group’s ability to function moving forward, while Paris and Washington have stressed they remain committed to the body.

“Now the French, the Americans, and the European Union as a whole are all trying to compensate for ‘burying’ the Minsk Group by getting involved in mediation efforts,” Lavrov said Thursday.

He sought to contrast Russia’s mediation efforts with Western-led negotiations, which senior Russian officials have previously dismissed as ineffective and have said amount to “meddling.” The Kremlin, he noted, mediated the ceasefire to the 2020 Karabakh war and “continues to help the Armenian and Azerbaijani sides” work to reach a peace deal.

To that end, Lavrov said the Alma-Ata Declaration, which the Armenian and Azerbaijani leaders “recognized without preconditions” in October, shows that “the Nagorno-Karabakh Autonomous Oblast was clearly part of the Azerbaijani Soviet Socialist Republic.”

After lengthy talks in Prague in October, Armenian Prime Minister Nikol Pashinyan and Azerbaijani President Ilham Aliyev put out a joint statement saying they “confirmed their commitment to the United Nations Charter and the Alma-Ata Declaration, through which both recognize each other’s territorial integrity and sovereignty.”

They reiterated that point in another joint statement issued after talks with Russian President Vladimir Putin in Sochi a few weeks later.

The Alma-Ata Declaration, which both Yerevan and Baku signed in late 1991, formalized the dissolution of the Soviet Union and said new international borders would be based on communist-era administrative boundaries between Soviet republics.

The Prague agreement, Lavrov argued, “has resolved the issue of how to deal with Karabakh’s status,” stressing that having the two sides confirm their commitment to the declaration was not a Russian proposal.

In earlier rounds of negotiations, he claimed, Russia put forward a proposal to postpone negotiations on Karabakh’s status for the foreseeable future, but then Pashinyan and Aliyev “came to Sochi from Prague with a document in which they said they want to sign a peace treaty based on the UN Charter and the Alma-Ata Declaration.”

“It is not for nothing that lately Armenia’s leadership has been talking less about the status, and more about the need to ensure the rights of Karabakh’s Armenian population,” he added.

Will Armenia be punished for the CSTO summit debacle?