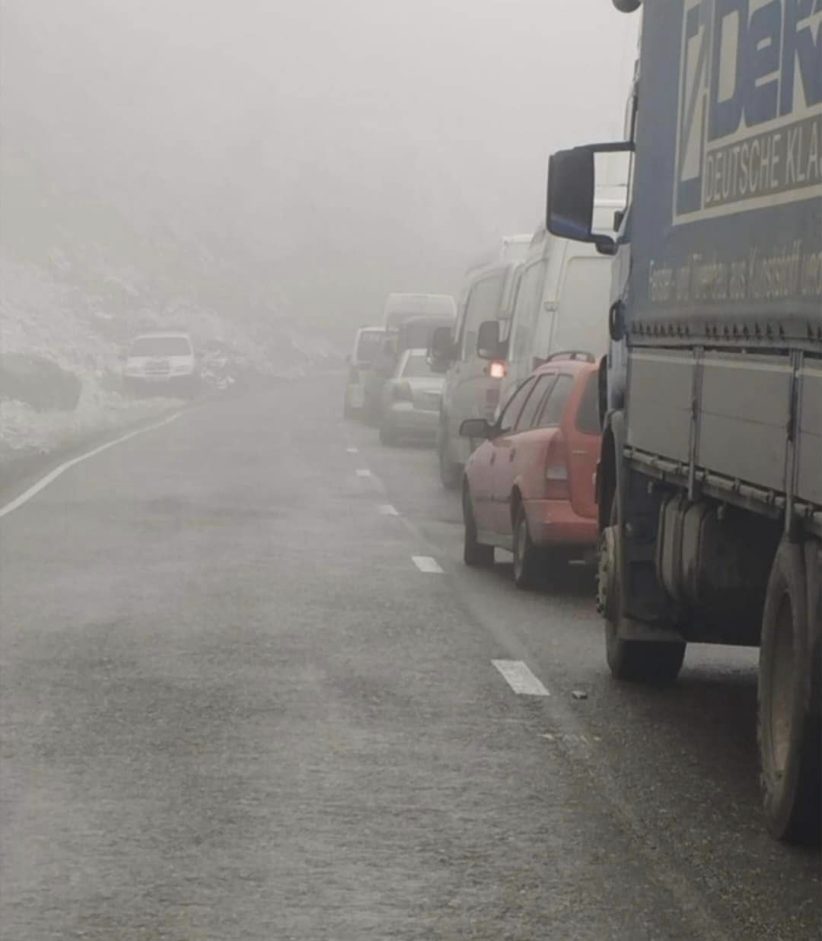 The highway connecting the cities of Goris in southern Armenia and Stepanakert, the capital of Karabakh, has been fully reopened after a group of Azerbaijanis blocked the key road for several hours on Saturday.

Earlier in the day, the InfoCenter reported that a group of Azerbaijanis in civilian clothes blocked the Goris-Stepanakert highway near the village of Karin Tak, not far from the city of Shushi, for “environmental reasons.”

Baku has identified the group of people who blocked the highway as staffers at Azerbaijan’s Ecology and Economy Ministries and employees of the state-owned AzerGold mining company who were “investigating and monitoring the illegal exploitation of minerals” in the area.

The temporary closure of the highway, which became the only overland route between Armenia and Karabakh after the 2020 war, quickly prompted accusations in Stepanakert that Azerbaijan was trying to cut off Karabakh’s Armenian population from the outside world.

“At the moment, 120,000 residents of Artsakh are under a complete blockade, faced with an impending humanitarian catastrophe, for which the Azerbaijani authorities are criminally responsible,” Karabakh Human Rights Defender Gegham Stepanyan wrote on Facebook during the closure.

“Azerbaijan’s deliberate closure of the only road connecting Artsakh and Armenia is another manifestation of its policy of intimidation and genocide against the people of Artsakh,” he added.

As of Saturday afternoon, the Russian peacekeeping force in Karabakh had not commented publicly on the matter.

Armenia and Hungary: What caused the 10-year rift and reconciliation?