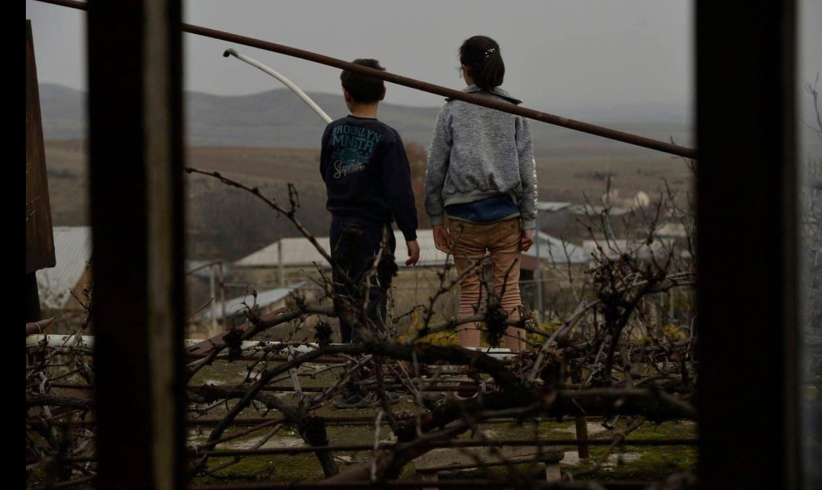 I was having a video call with my relatives living in Artsakh yesterday evening. Children there did not go to school today because there is no heating anymore: Baku cut off the gas supply of the 120,000 people living there.

An entire nation has no access to the outside world for the third day because a group of Azerbaijani “environmentalists,” who are, obviously, far from “green,” have blocked the Lachin corridor, the only route connecting the territory with the outside world. Nagorno-Karabakh is on the verge of a humanitarian crisis.

Children ask me a question: “What will happen to us?” I have no answer except to try to give them hope that everything is going to be okay. I myself am skeptical about that.

Azerbaijan considers Karabakh’s 120,000 residents as its own citizens and promises them the same rights as all its other citizens. What rights do other Azerbaijani citizens actually have? International organizations, like Human Rights Watch, Freedom House, Transparency International, Reporters Without Borders and many others regularly talk about Azerbaijanis’ “rights.” There’s no need for me to repeat them here.

What worries me the most, though, is the indifference of the international media and the so-called international community, which always trumpets human rights and freedom. But they do it very selectively. If Karabakh was Ukraine, they would have sung in unison.

Karabakh and the people living there are clearly not among their interests and moral obligations. Karabakh’s people have no geopolitical importance. Ilham Aliyev, who is more of a dictator than Vladimir Putin himself, has promised them gas. Just close your eyes for the sake of comfort and warmth. Or maybe even for some caviar.

For the third day, thousands of people are being intimidated in my part of the world, but this issue is absolutely excluded in the headlines of the international media.

And the silence and acquiescence by the so-called international community give a green light to Azerbaijan for more acts of aggression and attempts to commit ethnic cleansing against Armenians.

In any case, my relatives’ kids in Artsakh were happy that Azerbaijan had not yet interrupted their internet connection, and they had the opportunity to have video calls with us.