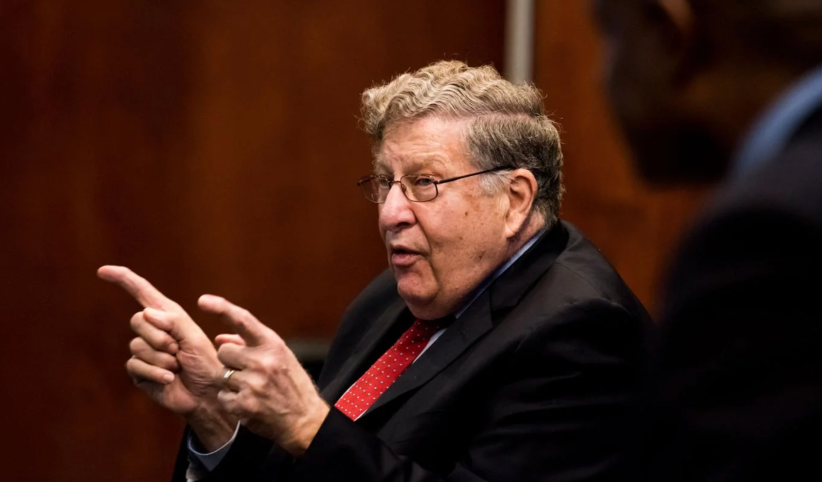 The Azerbaijani government signed a deal with the British Anglo Asian Mining Company last July, handing over the operation of a number of mines to the company in exchange for $3 billion. The deal included Kashen, a copper-molybdenum mine located in Artsakh’s Martakert region, currently operated by the Armenian Base Metal company.

Martakert remained under Armenian control following the end of the 2020 Karabakh War. Senior shareholders in the Anglo Asian Mining Company include John Sununu, Chief of Staff to US President George Bush Sr. and former governor of New Hampshire, whose father immigrated to the US from Lebanon.

The Anglo Asian Mining Company, officially registered in Britain, says on its website that the July 5, 2022 concession agreement included three mines in a total area of 340 sq miles. One of these mines that Azerbaijan transferred to the company is the Kashen copper and molybdenum mine in Artsakh’s Martakert region. Anglo Asian Mining uses the Azerbaijani name for Kashen, Demirli, and reports that as of January 2016, the mine contained 275,000 tons of copper and 3,200 tons of molybdenum.

The company took these figures from the data published by Base Metals, the Artsakh-based company that currently operates the mine.

Anglo Asian Mining also mentions on its site that Russian peacekeepers are in the region to ensure peace and stability and the [Azerbaijani] government will make all reasonable efforts to allow the company to physically access the site of the mine.

The Anglo Asian Mining Company was advised by Dentons – a global law firm with offices in Baku. In addition to Azerbaijani lawyers, French-born James Hogan also acted as a consultant.

With 28 percent of the shares, Iranian born Reza Vaziri is the largest shareholder of Anglo Asian Mining. According to the company, Vaziri has been doing business in Azerbaijan since the country’s independence, and prior to that, he served as a government official in Iran. Vaziri is well-known for his close ties to Azerbaijan’s ruling Aliyev family, which granted him part of the metal mines operating in Azerbaijan.

In 2016, Vaziri caught the attention of the Organized Crime and Corruption Reporting Project (OCCRP), noting that the businessman experienced setbacks in his early ventures in Azerbaijan, but the international gold prices helped him recover. The report also mentions that Vaziri attempted to acquire Azerbaijan’s Chovdar Gold Mine in Western Azerbaijan, but was unsuccessful because a company named Londex Resources S.A., owned by Azerbaijani President Ilham Aliyev’s children and registered in Panama, joined the fight for the license to operate the mine. A Huffington Post bribary investigation mentioned Vaziri as a person with great resources, who could have access to Azerbaijan’s prime minister and oil minister at any given moment

Another shareholder of Anglo Asian Mining, with 9.3 percent shares, is John Sununu, Chief of Staff to US President George Bush Sr. and former governor of New Hampshire. Other members of the Sununu family are also involved in the management of the company.

Another 3.5 percent shares belong to Limelight Industrial Developments, a company about which there is no available public information.

Base Metals is the current operator of the Kashen mine, and is the largest taxpayer in Artsakh. According to its annual report, in 2021 the company paid more than $22 million in taxes, while before the war it paid close to $48 million annually.

The company is part of the Vallex Group, owned by businessman Valeri Mejlumyan. In addition to Kashen, Vallex operates the Drombon Gold Mine also located in Artsakh’s Martakert region.

Kashen mine’s geological exploration work began in 2007. According to Vallex Group, roughly $130 million has been invested in the mine.

A group of Azerbaijani civilians have been keeping the Stepanakert-Goris highway closed since December 12. This road is the only connection between Armenia and Artsakh, and its closure has caused humanitarian problems for the people living in the region.

Apart from the fact that Azerbaijan pursues a number of political goals by closing the Stepanakert-Goris highway, the move also has economic objectives. Following the blockade of the road, Azerbaijanis tried to enter the area of the Kashen mine, but this attempt was halted by local residents.

Under the cover of “environmental monitoring”, it is expected that Azerbaijanis will try again to gain access to the Kashen mine and attempt to take full control.

AND IN OTHER NEWS: Azerbaijanis React to Crisis in Artsakh