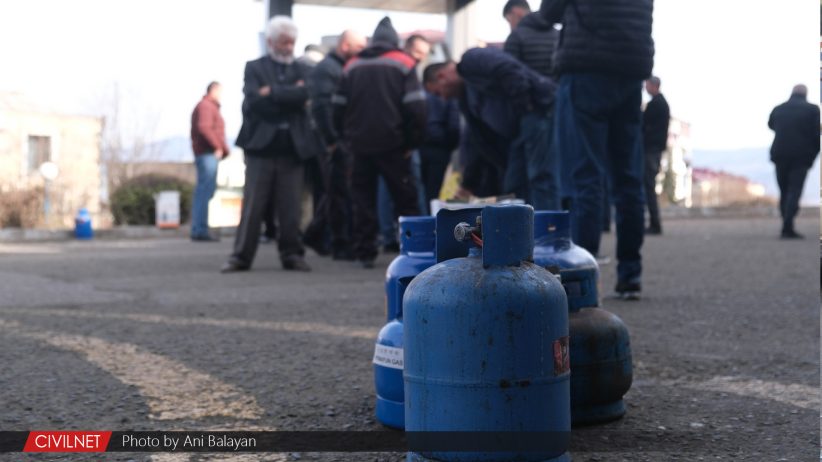 Karabakh’s natural gas supply was restored Friday morning three days after it was cut, though the only road connecting the region with Armenia and the outside world remained closed.

State Minister Ruben Vardanyan confirmed the news on a Facebook livestream, saying, “Without any preconditions, without any concessions, without showing any weakness on our part, the neighboring country restored our gas supply.”

The authorities in Stepanakert reported Tuesday evening that Azerbaijan had cut Karabakh’s gas supply, raising fears of an imminent humanitarian crisis as the region dipped into freezing winter weather. The sole pipeline supplying gas to Karabakh runs from Armenia through territories ceded to Azerbaijan at the end of the 2020 war.

Meanwhile, Azerbaijan’s blockade of the Goris-Stepanakert highway remained in place Friday morning, marking the fifth day that Karabakh’s 120,000 Armenians have been effectively cut off from the outside world.

A group of Azerbaijanis falsely presenting themselves as environmental activists began blocking the critical road Monday morning, demanding access to mines in Karabakh and a meeting with the commander of the Russian peacekeepers in the region.

The peacekeepers said in their daily bulletin Thursday evening that they continue to facilitate negotiations to reopen the highway. Earlier in the day, a spokesperson for Russia’s Foreign Ministry said Moscow was “concerned” about the situation, adding, “We expect that transport connections will be fully restored in the near future.”

Is Baku testing Moscow in the Lachin corridor – or cooperating with it?