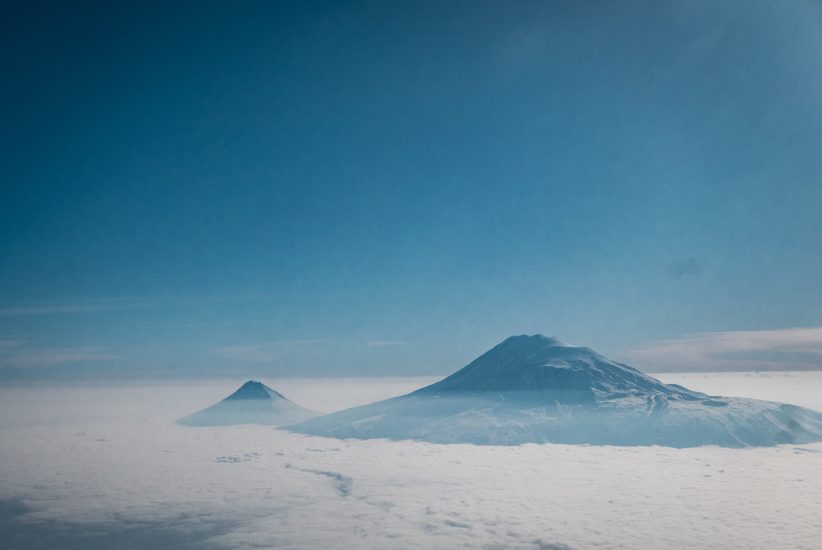 Social media has been a back-and-forth battleground, to what President Aliyev himself admitted is an “infowar”, between Armenians bringing attention to the blockade attempting to starve the Armenians of Artsakh, and Azerbaijanis insisting one doesn’t exist, while at the same time sustaining a menacing and volatile environment of fear and hatred. Many notable figures such as Samantha Power who serves the Biden administration as the Administrator of USAID, have very clearly denounced the blockade and demanded it be stopped.

In case you missed them, here is an ongoing thread of statements against Azerbaijan’s blockade from US congressmen and the US State Department over the past two weeks calling for the road to reopen.

In response, Azerbaijan and its bot army have had to work extra hard to get their albeit nonsensical “alternative facts” about the blockade out there. WhenBritish scholar Joanie Willett retweeted the European Free Alliance party’s condemnation of the Azerbaijani blockade, she received a torrent of attacks from strangers. The point is to intimidate anyone who might wade into the conflict in order to make sure they don’t feel comfortable speaking out again. It’s also worth noting these bots making the attacks aren’t necessarily robots, but young Azerbaijani students who are paid a wage for making attacks on social media.

Although the blockade is a deadly serious matter, it is impossible to talk about how it has resonated in social media without mentioning… the pigeon. Early in the protest, the spurious “eco-activists” held a grotesque release of 44 pigeons to “send a message of peace to the world… but the joyous chants of “Azerbaijan!” which followed and the obvious reference to the 44 day 2020 war belied a more sinister meaning. In a twist which would have been rejected by scriptwriters for being too on the nose, after an energetic and fiery speech by the fur-clad Chairwoman of the – wait for it – Azərbaijan-Iraq Cultural Relations Society [Because no more appropriate cover could be found?] Tahira Mammadova, her dove was released and immediately fell to the ground apparently dead, its neck having been snapped by Ms. Mammadova’s wild gesticulating. The moment immediately went viral, spawning artwork such as “They Came with Peace” by graphic designer Nvard Yerkanian and further highlighting the ridiculousness of the “eco-protest”.

One good piece of news though, according to the perpetrator herself, the pigeon is “actually just fine,” quite similar to how a blockade which is evident to all, “ doesn’t actually exist.” Parallels were also drawn to a certain Monty Python sketch…

This claim was refuted by the dead pigeon itself however, which not surprisingly has created a new Twitter account in the wake of its unexpected fame. The pigeon has become a popular and astute commentator on the situation.

The blockade has also been an opportunity for anti-Armenian propagandists and those just plain ignorant of what’s going on to attempt to portray Azerbaijan’s chokehold through the prism of the Russian presence. You might remember from last spring the many false stories created about Armenia having involvement in the Ukraine war. Once again, continuing to exploit the reality of the Russian war on Ukraine, there is an effort to portray the blockade as Azerbaijanis nobly struggling against the Russian peacekeepers, rather than an attempt to ethnically cleanse the Armenian population. When the Ukrainian-American race car driver above was corrected on the misinformation he was spreading, he (and others) doubled down on mischaracterizations.

The international press has been almost silent on what is a very consequential and dangerous situation for over 100,000 people. The blockade is either incorrectly positioned in news stories in the context of Russia’s role and its impotent (or complicit) peacekeepers, or it’s not covered at all. There does not seem to be the capacity in international media to deal with more than one catastrophe at a time. Facebook whistleblower Sophie Zhang added her own experience to that of the few journalists who have tried but failed to get stories on the blockade published.

Since the conclusion of the war in 2020, only those with Armenian passports have been allowed into Karabakh. With the blockade, no one is allowed in or out, and so no news agencies can get in or out either, not even those from Armenia. That leaves CivilNet which has a presence in Stepanakert, and social media. A few Artsakh-based tweeters like Marut Vanian have been sharing their experiences of life under blockade and updates on the ever-growing list of shortages.

In addition, he’s shown how the population there is no longer remaining bystanders to their slow strangulation but starting to stage their own protests. This attempt to access the protest site was blocked by Russian peacekeepers, who said the road would be opened on December 26, and was followed by a huge rally in Stepanakert the next day attended by nearly 65,000 people. December 26 came and went,but the road never opened. Trust in the peacekeepers has drastically diminished among the local population.

Social media has also been a place for people to recount their interaction with loved ones behind the blockade, both heartbreaking ones of concern and fear…

And those of bravery and hope.

Perhaps what is most unique about the Lachin or Shushi “protest” by the supposed environmentalists from Baku, is how long it has gone on. Critics have noted throughout that there is no ability to protest in Azerbaijan, and that any protest that has gone on this long is clearly completely backed and facilitated by the government, despite denials by those who are taking part. This point was driven home on December 23 when a protest against the arrest and continued detention of political activist Bakhtiyar Hajiyev was broken up immediately, and violently. Some have come to darkly joke that if one wants the freedom to “protest” in Azerbaijan, they just need to go to Shushi.

Into this mess stepped President Aliyev, who celebrated his 61st birthday on December 24 with a tirade about how Armenia is historical Azerbaijan and that they must organize a “Great Return” to it. In addition, it appears we are going to be hearing a lot more about “Caucasian Albanian” heritage in place of Armenian and twisted histories about how Armenia doesn’t exist, as Aliyev has called for a concerted global project aimed at getting his “truth” out about his historical revisionist brand of what has been called Azerbaijanism.

While on the diplomatic front there have been some positive signs that the “bothsidesism” which once prevailed in international discussion of the conflict is breaking down in the face of naked Azerbaijani aggression, the UN issued a throwback statement which left many angry and confused. As usual, how can “the sides” resolve an issue together when it is directly caused by only one of them? In general, how can a just and sustainable peace be agreed upon by both sides when one of them is an autocratic leader whose entire system relies on repression?

A last minute addition to the round-up, on December 28 the issue of Azerbaijan’s blockade was brought up by MSNBC guest Hagar Hajjar Chemali, so at least the trend of media silence has been bucked in at least this one case.

In the midst of so much pain, this view of Ararat from above went viral this past week, an eternal symbol which never fails to impress – and inspire hope.

Armenia and Russia exchange accusations over crisis in Artsakh

Families separated in Artsakh skip out on holiday celebrations