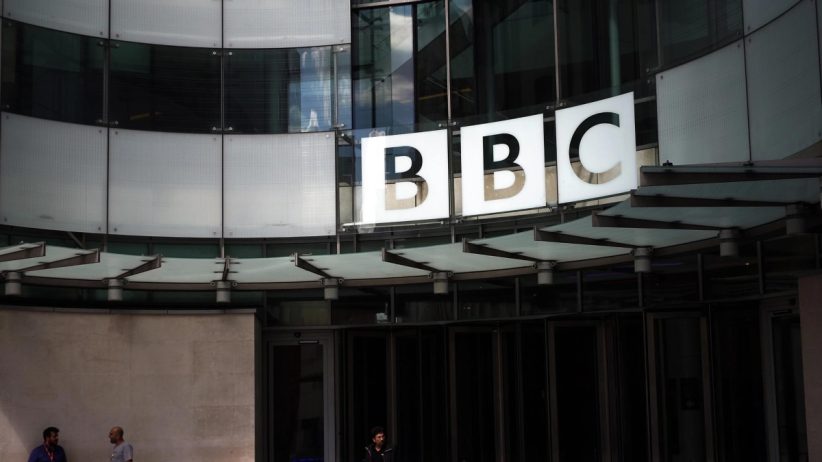 The British Broadcasting Corporation, or BBC, is seen by young British journalists like myself as the gold-standard. The world’s oldest national broadcaster is not merely a famous media outlet, but an institution of the British state, akin to the Royal Mail, or even the Royal Family.

Its World Service has provided quality reporting on conflicts from Somalia to Northern Ireland, and has a reputation for being reliable, impartial and factual.

That being said, and as a young reporter who has been covering events around the Armenian-Azerbaijani conflict for three years, its coverage of the plight of the Armenians of Nagorno-Karabakh has been irking to say the least.

The BBC has been covering the conflict between Armenia and Azerbaijan over Nagorno-Karabakh for decades now. Its latest report by Reyhan Demytrie, focused on Azerbaijan’s month-long blockade of Nagorno-Karabakh.

Firstly, I must commend the BBC news anchor for her pronunciation of ‘Nagorno-Karabakh.’ Perhaps, she practised beforehand in the mirror, making sure to get that ‘kh’ sound on lock. The name of the disputed territory is usually axed by foreign journalists, already creating a sense of distance and irrelevance to the daily lives of the western viewer.

When I saw the thumbnail and title of the video, it took mere seconds to notice the BBC’s first blight. The title of the video is – Armenians in Nagorno-Karabakh say they are cut off due to Azerbaijan blockade. I thought it impressive that 120,000 Armenians in Nagorno-Karabakh have the collective ability to ‘say’ that they are under blockade. They should have put ‘claim’ instead, and triggered me even more.

However, this is more sinister than it may appear. Azerbaijan, an autocratic dictatorship, claims that there is no blockade. The US, UK, EU, UN, France, Japan, and a whole range of international organisations have all called for freedom of movement along the only route between Armenia and Nagorno-Karabakh to be ensured. Essentially, they are calling for the end of this blockade.

The Armenians in Nagorno-Karabakh are facing a humanitarian crisis and acute shortages of food and medicine, with the Red Cross mediating the transfer of over a dozen hospital patients through the roadblock, to receive urgent medical attention in Armenia.

By saying that the Armenian population of Nagorno-Karabakh ‘say’ they are under blockade, the BBC report instead creates a sense of ambiguity around the crisis and in a way parrots the talking points of Azerbaijani President Aliyev’s regime.

President Aliyev said only yesterday during a press conference that, “Whoever does not want to be our citizen, can leave, the road is open.” But, this foregoes the fact that, according to numerous polls, practically no one in Nagorno-Karabakh wants to be a citizen of Azerbaijan, which ranks on The Economist’s democracy index as being less democratic than Russia and Zimbabwe, and whose president has called Armenians “dogs” and “unworthy to be servants.”

Fine, say that it’s internationally recognized as part of Azerbaijan. But, to say it is ‘in Azerbaijan’ is problematic. Breakaway state, unrecognized republic, separate entity, something, anything, would have been nice, rather than telling viewers that Nagorno-Karabakh is inside Azerbaijan.

This all disregards the deeply institutionally racist nature of the Azerbaijani state. A Nagorno-Karabakh integrated into Azerbaijan, would see Armenians ethnically cleansed. One need only look at the majority Armenian regions of Getashen, Talish, Hadrut and Madaghiz around what is left of Nagorno-Karabakh, now devoid of their native populations, to see what Azerbaijani control would bring.

The report then moves to the Azerbaijani ‘eco-activists’ who are blocking the road. The soundbytes show young Azerbaijanis lamenting over illegal mining and the environment.

Curious that concerns over illegal mining justified inflicting a humanitarian disaster on 120,000 people. The protesters even made sure to get those buzzwords like ecocide and pollution in, perfect for the metropolitan liberal watchers of the BBC.

The journalist clearly spent no effort to check who exactly these ‘eco-activists’ are, and what the situation of activism in Azerbaijan is like in general.

CivilNet conducted an investigation into some of these ‘eco-activists,’ and found that many were veterans of the 2020 war, pictured in towns and cities in Nagorno-Karabakh that had been captured and rid of their Armenian populations.

There was moreover no mention that Azerbaijan is a despotic police state, where dissent is squashed. Seemingly, the only place you are allowed to protest in Azerbaijan is on the road between Armenia and Nagorno-Karabakh.

Conversely, in the Azerbaijani capital of Baku, the usual course of events is for people to protest, and then for police to drag protesters away into vans, using brute force. Very similar to what we saw in Russia after Putin launched his invasion of Ukraine.

A far cry from the eco-protesters of Insulate Britain and Extinction Rebellion. They did stop the tube, but I don’t recall them causing a humanitarian crisis for 120,000 people.

If environmental interests were at play, the journalist would check to see what other ecologist campaigns exist in Azerbaijan. They could have looked into the complete desecration of the environment on the Absheron peninsula in Azerbaijan, where the oil industry has laid waste.

Finally, the BBC report shows a protest that took place in Armenia’s second largest city of Gyumri, where protesters demonstrated outside a Russian military base in the city. A largely irrelevant development in the large scheme of things. But, it fits neatly in the BBC’s campaign against the Kremlin since the invasion of Ukraine was launched.

The real story is not that some fringe political groups conducted a protest far from Nagorno-Karabakh, though anti-Russia sentiment and frustrations with Moscow’s peacekeepers in Nagorno-Karabakh are growing, but rather that Armenia finds itself between a rock and a hard place.

Armenians in Armenia are reliant on Russia for security and cheap gas to keep their economy afloat. They rely on Russia for access to international markets, while its borders with NATO-member Turkey and Azerbaijan remain closed.

Armenians in Nagorno-Karabakh have even more to fear. The report does mention that the Russian peacekeepers are all that stands between the population and Azerbaijani forces.

Understandably, the horrors Russia has inflicted in Ukraine, make the idea of Armenians angry with Russia, or the failures of the peacekeepers in Nagorno-Karabakh, very enticing to western media outlets.

However, this approach overlooks the humanitarian aspect. Doubtless, the Armenian public has many qualms with Russia. I was surprised by the abundance of pro-western sentiments in the country. But, when the choice is between cutting ties with Russia, facing Azerbaijan’s wrath and eventual ethnic cleansing, or maintaining ties and treading a tightrope to ensure the safety of the Armenian population of Nagorno-Karabakh, western actors and media actors shouldn’t stir the pot. It comes across as awfully privileged.

The BBC has made slip ups around the Nagorno-Karabakh issue before. A topic which has to be handled very meticulously.

For example, it was only in December that the BBC’s Russian service put out false information in a new documentary about a region of Nagorno-Karabakh which fell under Azerbaijani control in 2020. The documentary claimed that the village of Hin Tagher had an Armenian and Azerbaijani population prior to the collapse of the USSR, when the Azerbaijani residents fled.

Investigative journalists at the Fact Investigation Platform however used census figures from the Soviet and Imperial Russian eras to prove that Hin Tagher was inhabited almost exclusively by Armenians. Nevertheless, the village is now cleansed of its Armenian population since the Azerbaijani takeover.

BBC Panorama’s Tom Mangold once wrote of his own experiences at the BBC, which I thought fitted nicely with my own qualms.

He writes – “When I was covering the Vietnam war for BBC News in 1968, I witnessed US F-4 Phantoms pulverising a village outside Saigon. When they had finished we found only the corpses of children and elderly women. In my reporting piece to camera, I concluded with this comment, “Military historians may one day question the wisdom of these tactics.” On my return to London, I was told that I was fired for inserting even that one line of comment.”

The line between total impartiality and comment has blurred almost beyond repair at the BBC. Is the BBC worried that criticising Azerbaijan’s tactics could be perceived as bigoted or islamophobic? Would giving the Armenian side a fairer shout be misconstrued as pro-Russian? Or perhaps British interests are at heart and BP being a key player in Azerbaijan’s oil sector causes the BBC to walk on eggshells.

Back in Britain, we affectionately call the BBC “Auntie Beeb.” The nickname comes from “Auntie knows best,” comparing the BBC to an aunt who is nosey and omniscient. It also infers however that the BBC does not listen to criticism or advice from others, and simply responds, “Auntie knows best!”