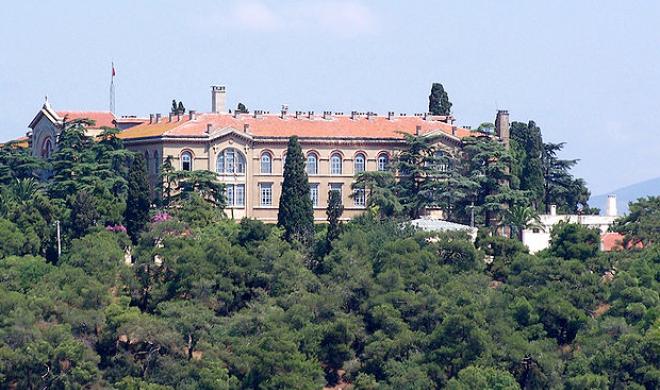 The Halki Greek Orthodox theological seminary can reopen with its original pre-1971 status following a new legal bid to circumvent constitutional regulations on private institutions, according to the daily Radikal.

Ecumenical Patriarch Bartholomew I, who resides and works in Istanbul, has been campaigning fervently for several years to have the seminary reopened. U.S. presidents from Jimmy Carter to Barack Obama have also raised the issue with Turkey, as has the European Union.

Changes to the seminary’s status would mean that it would fall outside constitutional limitations on private universities, which was the reason it closed. This would only occur when it reverts to its old status as part of a new democracy package currently being formulated. The seminary is also being discussed in the drafting of the new constitution.

In a July 31 statement, Justice Minister Sadullah Ergin said the seminary may reopen and stressed that the decision is a political one. He explained that the democracy package includes the peace process with the PKK as well.

The Halki seminary on the island of Heybeli was closed in 1971 because under articles of the Law on Private Universities its status was deemed unconstitutional. In accordance with that law, the seminary should have been linked to a state-run university or subordinate to the armed forces. The foundation that oversees the seminary was given an ultimatum, which led to its closure.

Deputy Prime Minister Bulent Arınç said on March 5 that “minorities have the same rights as we do,” and that the seminary should reopen. He spoke about the need to prepare clerics for the Greek Orthodox Church and for an educational institution to serve that purpose.

Nationalists in Turkey are against the idea of opening the seminary and have protested the Patriarch’s demands. Some believe that the Patriarchate should not own any land.

Ecumenical Patriarch Bartholomew I was one of the 900 students who graduated from the seminary, which was the only one of its kind that prepared clergymen for the Greek-Turkish community.

In January 2013, the Council of Foundations granted the seminary 190 hectares of woodland surrounding its premises, the largest restitution of property to a minority group in Turkish history. The return of minority properties by the Turkish government began in 2007 after the European Court of Human Rights (ECHR) ruled that the Yedikule Surp Pirgic Hospital Foundation be given back two of its properties. This was the first time that a property confiscated from a foundation was returned by the state.

The Armenian Patriarch of Istanbul is currently in a legal battle with the government to  get back the Sanasaryan Inn. The building was once used as the headquarters of the Istanbul police and has a well known history of torture.

The legal status and return of non-Muslim foundation properties has become a new front in the ongoing fight for minority rights in Turkey.