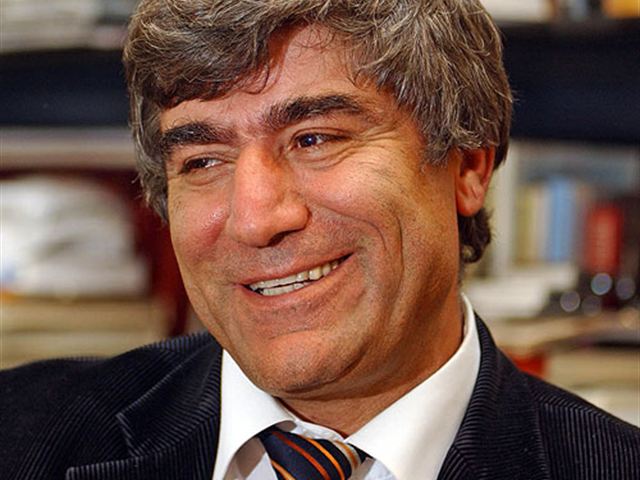 The retrial of Hrant Dink’s murderers is set to begin on September 17. One of the Dink family’s lawyers has said  the new trial will be more focused on the “terrorist organization” aspect of the case, “Hurriyet Daily News” reports.

An Istanbul court will hear the case after Yasin Hayal was acquitted earlier this year by the Supreme Court of Appeals of charges of “leadership of a terrorist organization,” but found him guilty of “founding and leading a criminal organization.”  Lawyer Cem Halavurt told Hurriyet Daily News that they are demanding the “real web of connections” between the accused and various government agencies be investigated and made public.

Halavurt further argued that the Hrant Dink case is more complicated than the Ergenekon coup d’etat case, and because of its complex nature has not yet been completely solved. He said that if the murder is not solved,  then the extent of the “deep state” will never be revealed.

Hrant Dink was assassinated on January 19, 2007 in front of the office in Istanbul of his newspaper, “Agos.”

The gunman, Ogün Samast, who was 17 at the time of the murder, and Yasin Hayal, charged with instigating the assassination, were convicted of murder. Later, a Supreme Court ruled that they acted as members of  “an organization formed to commit crime,”  which falls under Article 220 of the Turkish Penal Code.

A local court had ruled that no criminal organization was involved, but the Supreme Court of Appeals later stated that a criminal organization did exist. “We have been saying all along that there was an armed terror organization behind this assassination,” the lawyer said. “The court said the suspects committed an act of punishment against Dink as a person, not against the state or the public order. That was why it was not considered a terrorist act. We will try to prove that it was the work of a terror organization.”

According to Halavurt, many ties between specific actors in the case have been erased. For example, the links between retired General Veli Kucuk and Kemal Kerinçsiz, who took Dink to court for “insulting Turkishness” in 2006, and who were given life sentences in the Ergenekon trials, have been erased by the police department.

Halavurt continued, “you cannot access the data by writing petitions to the General Staff, the gendarmerie, the National Intelligence Agency [MİT], or the Trabzon and Istanbul police departments.”  “[The court] should order the handing over of the digital systems of those institutions [to unveil those links].”

The case originally thought at the beginning of the year to be limited to the Ergenekon case now appears more complicated. Fethiye Cetin, the Dink family lawyer, is publishing a book called “I Feel Ashamed: The Judgment of the Hrant Dink Murder”  discussing the possibility that the MIT played a role in the killing.

The weekly Agos reported that Fethiye Cetin had talks in 2010 with an MIT employee who showed her intelligence documents with encrypted text in Cyrillic ordering Dink’s assassination. The topic of Cetin’s book and the individual’s related to the case have been discussed in Turkish media within the past few days.

On Saturday,  September 14, the Friends of Hrant Dink, are holding a press conference about the court case with the lawyers Fethiye Cetin, Hakan Bakırcıoğlu and Cem Halavurt. The press conference takes place on the weekend of Hrant Dink’s birthday, September 15. On the same day the Hrant Dink Foundation is presenting the International Hrant Dink award to two people in and outside of Turkey who work for a world free of discrimination, racism, and violence, take personal risks for their ideals, use the language of peace, and by doing so, inspire and encourage others.  The award ceremony can be seen live in English on www.hrantdink.org.