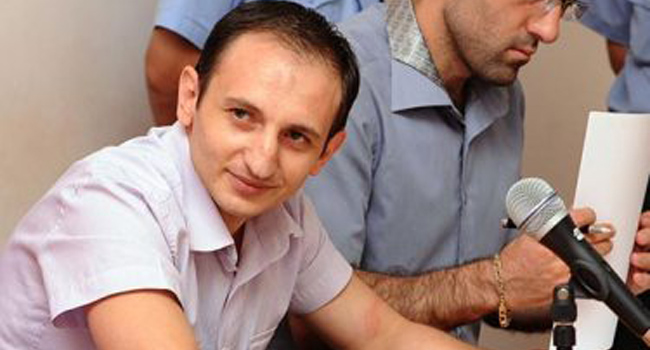 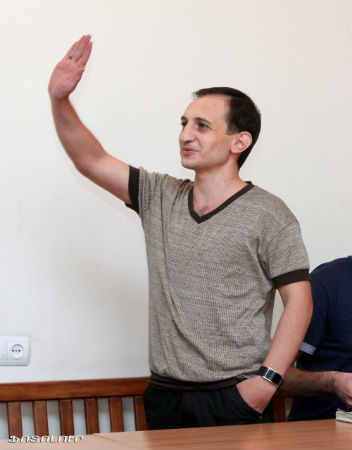 On September 20, 2013, a group of civil society organizations in Armenia sent a letter to the United Nations and the Council of Europe, as well as more than a dozen international human rights defenders, requesting that they intervene in the high-profile case against civic activist Tigran Arakelyan who has been incarcerated for the past two years. They are appealing to the high-visibility organizations and individuals to help stop political persecution of political prisoners in Armenia, Tigran Arakelyan among others. Ironically, heading the Council of Europe’s Committee of Ministers this year is Armenia’s Foreign Minister Eduard Nalbandyan. Armenia currently holds the chairmanship of this major human rights organization.

Arakelyan, along with six other men was arrested after an altercation with police on August 9, 2011, and has been in custody since the incident. His lawyers have repeatedly attempted to secure his release on bail, and to that end, on September 18, more than 100 organizations and citizens signed a bond guarantee to have him released, but to no avail.

According to the signatories of this letter, Arakelyan’s continued incarceration is connected with his being an opposition activist, which they say has been corroborated by police testimony as well. The latest refusal of Arakelyan’s appeal came days after the son of the governor of the Syunik Marz was released despite murder charges.

Below is the full text of the letter.

We, the undersigned express our concern about persecutions in the Republic of Armenia based on political views and request you to take measures towards fair investigation of the criminal case issued against opposition activists and release of political prisoner Tigran Arakelyan.

On August 9, 2011, there was a clash between the RA Police and seven young activists of opposition Armenian National Congress (ANC) in the center of Yerevan.  The police officers beat up the activists and arrested them. Moreover, the ill-treatment of activists continued after the arrest as well. Court ruled a guilty verdict against four of the seven young men based on the apparent false testimony of police officers. Tigran Arakelyan was sentenced to 6 years in prison, Artak Karapetyan to 3 years in prison, Sargis Gevorgyan and Davit Kiramijyan to 2 years of imprisonment for hooliganism by offering resistance to a representative of authorities, or a person carrying out a duty of public order protection or a person preventing breach of public order, as well as violence or threat of violence, not dangerous for life or health, against a representative of authorities or close relatives.

Neither the law enforcement bodies, nor the Court conducted a proper, thorough, and comprehensive investigation, ignoring numerous testimonies and statements about torture.

The criminal case against the activists is currently being appealed in court. Tigran Arakelyan has been in custody since the day of the incident and the numerous petitions submitted by his attorneys, as well as the pledge by 110 citizens on September 18, 2013 were consistently rejected by the Court.

According to the UN Universal Declaration of Human Rights (December 10, 1948)

“Everyone has the right to life, liberty and security of person”

“No one shall be subjected to torture or to cruel, inhuman or degrading treatment or punishment.”

“Everyone is entitled in full equality to a fair and public hearing by an independent and impartial tribunal, in the determination of his rights and obligations and of any criminal charge against him.”

The European Convention on Human Rights and Fundamental Freedoms also stipulates the rights to liberty and security, prohibition of torture, inhuman, or degrading treatment, to a fair and public hearing within a reasonable time by an independent and impartial tribunal established by law.

According to Point 4.7.3 of Parliamentary Assembly of the Council of Europe (hereinafter PACE) Resolution 1620 (2008) on the Implementation by Armenia of Assembly Resolution 1609 (2008):

“A verdict based solely on a single police testimony without corroborating evidence cannot be acceptable.”

According to PACE Resolution 1900 (2012) on the definition of political prisoner:

“A person deprived of his or her personal liberty is to be regarded as a ‘political prisoner’:

a. if the detention has been imposed in violation of one of the fundamental guarantees set out in the European Convention on Human Rights and its Protocols (ECHR), in particular freedom of thought, conscience and religion, freedom of expression and information, freedom of assembly and association;

b. if the detention has been imposed for purely political reasons without connection to any offence;

c. if, for political motives, the length of the detention or its conditions are clearly out of proportion to the offence the person has been found guilty of or is suspected of;

d. if, for political motives, he or she is detained in a discriminatory manner as compared to other persons; or,

e. if the detention is the result of proceedings which were clearly unfair and this appears to be connected with political motives of the authorities.”

Being a member of the UN and the CoE and the power of the RA Constitution, Armenia bears the obligation to implement the requirements of adopted by these institutions and their adjacent bodies and to adhere to the international principles on the protection of human rights.  Nevertheless, to date the actions by the RA Law Enforcement Bodies and decrees by the courts influenced by those bodies regarding ANC activists have breached human rights and fundamental freedoms, resulting in violation of a number of international obligations of the Republic of Armenia. Particularly, T.Arakelyan incarceration is clearly connected with his being an opposition activist, which has been justified by police testimony as well. The other 3 activists face the threat of becoming political prisoners if the appeal is not satisfied in future and the court decree comes into force.

We appeal to the international and European intergovernmental organizations and institutions concerned with human rights issues, requesting their interference to demand that the authorities of the Republic of Armenia carry out the international human rights obligations and immediately release political prisoner Tigran Arakelyan and drop the criminal case against Tigran Arakelyan, Artak Karapetyan, Sargis Gevorgyan, and Davit Kiramijyan.

We expect that during the chairmanship of the CoE Committee of Ministers, the Republic of Armenia will take tangible and effective steps to improve its performance in human rights protection to prove its political will of pursuing democratic values.