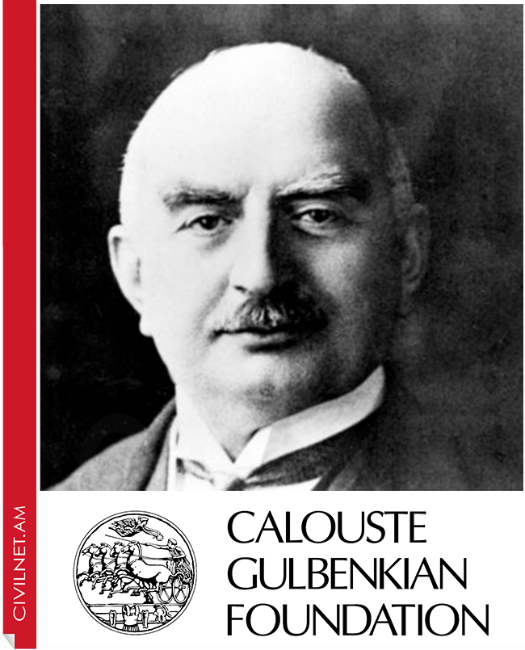 Born in Istanbul in 1869, Calouste Gulbenkian was an Armenian philanthropist and one of the world’s wealthiest individuals who made his money in the oil business. When he died in 1955, there was a clause in his will to establish a foundation to work in the fields of art, charity, education and science. The Calouste Gulbenkian Foundation was set up as a private foundation the following year in Lisbon, Portugal.

This year, for the first time ever, the Calouste Gulbenkian Foundation organized Armenian Culture Week in Lisbon. A number of concerts, lectures, seminars and exhibitions took place on October 12-19, 2014. According to Razmik Panossian, Director of the Armenian Communities Department at the Gulbenkian Foundation, it was an opportunity to present Armenian culture and history to a wider audience.

A roundtable, “More than Mr. 5%: The Early Life of Calouste Gulbenkian” focused on the life and times of Gulbenkian. President of the Calouste Gulbenkian Foundation, Artur Santos Silva presided over the proceedings. The Director of the Library and Archives, Ana Paula Gordo, presented artifacts from their archives, including letters from a very young Gulbenkian to his father. Jonathan Conlin, the biographer of Calouste Gulbenkian, presented some of the early findings of his research and finally, Martin Essayan, Gulbenkian’s great-grandson and Trustee spoke about openness, cooperation and effectiveness.

The formal opening of the “Networks of Circulation and Exchange: Armenian, Portuguese, Jewish and Muslim Communities from the Mediterranean to the South China Seas” conference took place,emphasizing the spirit of cooperation and collaboration, as well as the parallels between Armenian and Portuguese history. The keynote speaker, Professor Sebouh Aslanian, a historian from UCLA, spoke about Armenian merchants and their international networks in the 17th and 18th centuries. Another roundtable, attended by nearly 80 people, was on the topic of “Armenian Music: Past and Present.”

Two international seminars were also hosted by the Foundation. The first, brought together 35 leaders and prominent thinkers in the Armenian world to discuss strategies for the future. Under the rubric of “Armenians at 2115,” the invitation only seminar was meant to take the first steps in creating a strategic vision and fostering long term planning. The second seminar was an academic gathering on the topic of “trade networks.” Some 40 international experts focused on the use of commodities and paper instruments in the early modern period. Some of the top experts in the field were present, along with younger colleagues researching the topic. Comparisons were drawn between Armenian, Portuguese and other trade networks.