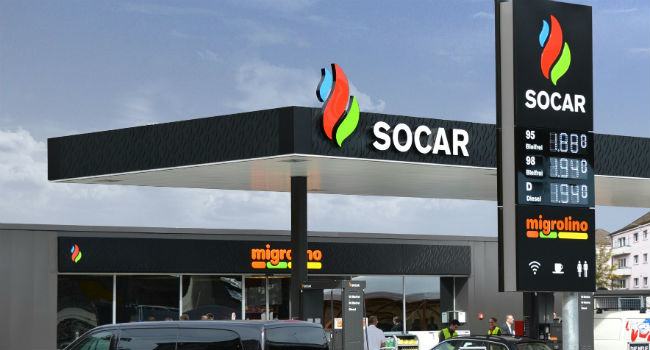 In July 2013, the Greek government selected Azerbaijan’s state owned Socar company to buy 66% of the capital of DESFA, Greece’s gas transmission system. Petrostrategies, a French think tank specializing in energy issues, published an article in its weekly magazine about the issues Azerbaijan and Greece are facing by the European Commission to finalize the deal.

Many observers who are focusing on the conflict between the European Commission (EC) and Gazprom, over the South Stream project, have overlooked another problem of conformity with European law concerning a gasline, which is being debated in southern Europe and which this time sees Azerbaijan and Greece at loggerheads with the EC. Here, one cannot accuse the involved parties of nursing suspicious political intentions, as is often the case in the conflict over South Stream. Azerbaijan is considered by the EC to be a future source of diversification for the European Union’s (EU) gas supplies and Greece is to become the gateway for the gas to be supplied from the Caspian, which will reach Europe towards 2019-20. So, what is the problem?

It all began in July 2013, when the Greek State selected Azerbaijan’s state owned Socar to buy 66% of the capital of DESFA, the owner of Greece’s gas transmission system and the country’s LNG import terminal at Revithoussa. The Greek budget, which is in desperate straits, hopes to receive some $400 million thanks to this privatization. For its part, Socar hopes to gain a foothold in a country that will be the compulsory route for its gas in Europe (towards Italy and Albania), while developing interconnections with Greece’s neighboring countries (in the Balkans) that can import Azeri gas. But the finalization of the privatization is being hindered by two major obstacles: Socar is held 100% by a non- EU member state; DESFA must comply with the EU’s “effective” unbundling regulations between the owner of a transmission system and the management of this system.

Socar is both a producer and supplier of gas based in a “third country”, i.e. Azerbaijan. The EC requires that, with its new capital structure (when Socar will hold 66%), DESFA be certified as an independent transmission operator (ITO), and in order to achieve this, it must comply with the unbundling rules, and it must be declared as a Transmission System Operator (TSO). Azerbaijan must also commit itself not to adopt legal measures that would be likely to jeopardize Socar or DESFA from complying with EU legislation. Furthermore, Baku must accept that, for all matters related to DESFA, European law alone applies, and it must also commit to fully complying with the EU’s internal energy market rules, particularly the ones that apply to the processing of data and the protection of “critical infrastructure”.

This gives the impression of being very much a matter for legal experts—and indeed it is —but underneath lie the EC’s and EU’s political concerns. By “critical infrastructure” for gas or electricity, the EU’s 2008/114 Directive refers to “a system or part thereof […] which is essential for the maintenance of vital societal functions [of a country] and the disruption or destruction of which would have a significant impact in a Member State as a result of the failure to maintain those functions”. A system is considered to be a “critical European infrastructure” if the one in question can have an impact on “at least two Member States”, which will be the case for the gas entering Greece. The Greek Energy Regulator (RAE) is the entity that will designate DESFA as a “critical infrastructure”. But how can it do so when the negotiations with the neighboring countries (notably Bulgaria and Romania) have not yet been completed? Moreover, intergovernmental agreements that guarantee compliance with community rules must be signed by Azerbaijan, Greece and the EU, while adhering to a very strict timeline that seems very difficult to fulfill.

The Greek and Azeri governments are deploying an intense lobbying effort to overcome these difficulties and finalize the agreement to sell 66% of DESFA to SOCAR, but the EC refuses to budge on the matter. First of all because it considers that DESFA is going to play “a pivotal role for the import of gas into the EU” and that its network constitutes “a strategic asset affecting the security of energy supplies of the European Union”. And also because it believes that, if it makes concessions on DESFA, it will also have to do likewise on…South Stream. Thus, on July 10, during a conference in Athens, Constantin Simonov, the General Director of the Russian National Energy Security Fund, publicly accused DESFA of having violated EU rules. It should not be forgotten that Gazprom was a candidate for the privatization of DESFA and /or DEPA (the gas importer in Greece), but its bid was rejected.