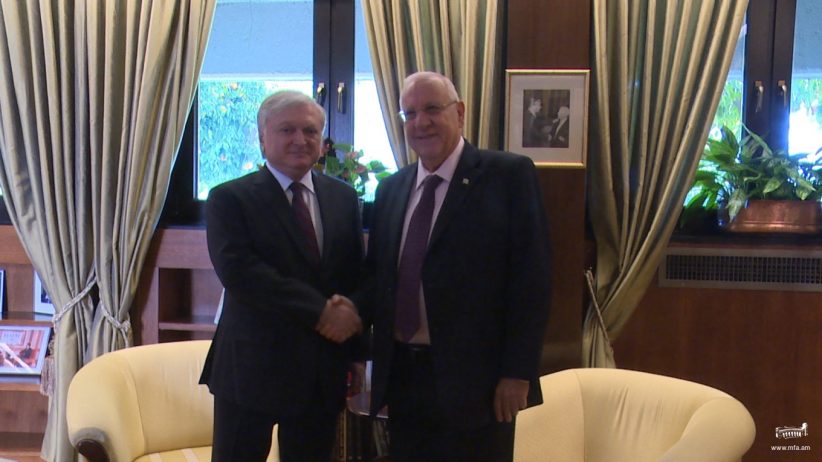 During an official visit to Jerusalem, Armenia’s Foreign Affairs Minister met with Israeli President Reuvin Rivlin at his residence.

According to a press release issued by Armenia’s Foreign Ministry, Rivlin expressed confidence that Nalbandyan’s visit would contribute to the strengthening of bilateral relations. Nalbandyan for his part said that the “Armenian and Jewish peoples are interlinked with millennia-old traditions of friendship, which forms a solid basis for further strengthening of inter-state relations.”

While the two men discussed a shared responsibility to prevent future crimes against humanity, the state of Israel has refused on numerous occasions to officially recognize the Armenian Genocide of 1915.

On January 28, during a speech at the UN General Assembly on the occasion of the annual International Day of Commemoration in Memory of the Victims of the Holocaust, President Rivlin sparked controversy when he called the Armenian Genocide a massacre and to ensure parity, made reference to Khojalu.

Well known Genocide scholar Yair Auron of the Open University of Israel, who is in Armenia teaching at the American University, severely criticized the Israeli president’s speech at the UN.