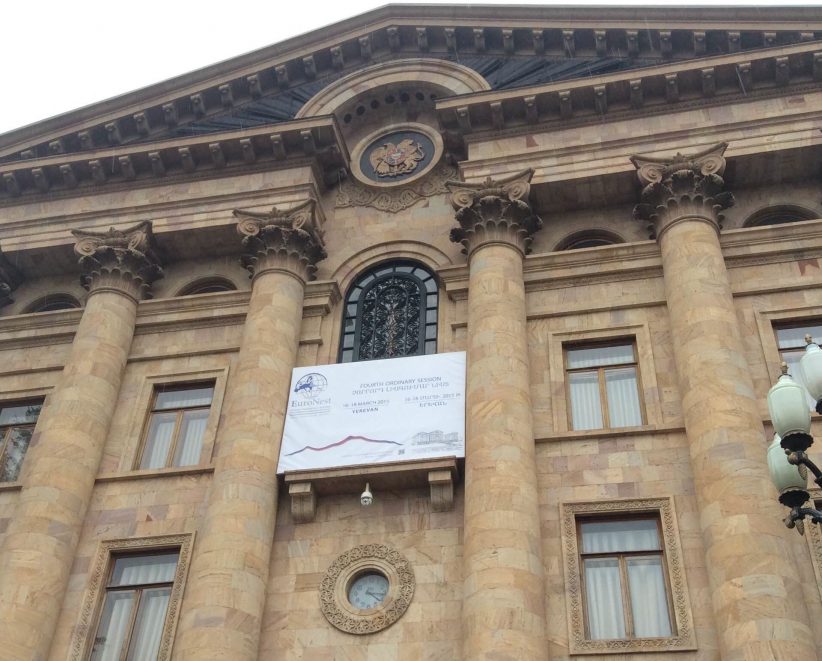 A resolution was adopted on the centenary of the Armenian Genocide by the fourth ordinary session of the Euronest Parliamentary Assembly taking place in Yerevan. According to a press statement by the European Armenian Federation for Justice and Democracy (EAFJD), the resolution calls on Turkey to reconcile with its past, stresses, that genocide denial is the final stage of genocide and that the absence of unequivocal and timely condemnation of the Armenian Genocide largely contributed to the failure to prevent future crimes against humanity.

This is the third such resolution after the European People’s Party (EPP) Political Assembly’s and European Parliament’s report on Human Rights, affirming the recognition and condemnation of the denial of the Armenian Genocide, which called on Turkey and the member states to officially recognize the Armenian Genocide and condemn its denial. According to the EAFJD’s press statement, the resolution “supports the international struggle for the prevention of genocides, the restoration of the rights of people subjected to genocide and the establishment of historical justice.”

MEP Sandra Kalniete (EPP, Latvia) stressed EPP’s support for the  resolution, and said that the EPP’s resolution was more strongly worded. MEP Knut Fleckenstein (S&D, Germany) mentioned that Turkey has to follow Germany’s example, and needs to reconcile with its past. MEP Kazimierz Michal Ujzadowski (ECR, Poland) noted that Raphael Lemkin coined the term ‘genocide’ based on the Armenian massacres. MEP Tatjana Ždanoka (Greens/EFA, Latvia) said that crimes must be called by their names and humanity should not wait another hundred years.

The European Armenian Federation for Justice and Democracy (EAFJD) said that it welcomes this resolution adopted by the Euronest, which reaffirms Europe’s intolerance of genocides, crimes against humanity and denial.

“This is yet another blow to Turkey’s state denial policy, and a call to recognize the Armenian Genocide and reconcile with its past. Having in mind the format of Euronest, this is a big achievement by the Armenian delegation,” said Kaspar Karampetian, president of EAFJD. “Due to the coordinated efforts of the Armenian delegation, the embassy of the Republic of Armenia in Belgium, the European Friends of Armenia and the EAFJD, this resolution was adopted in Yerevan, today. This resolution sends a positive signal to the European Parliament as well, which will vote on a resolution on the centennial of the Armenian Genocide on April 15,” concluded Karampetian.