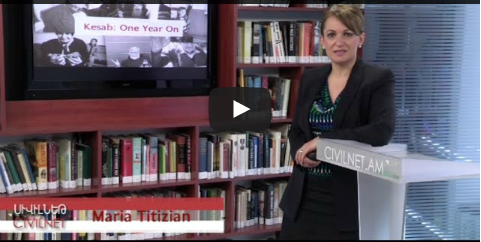 In the early morning hours of March 21, 2014, the historic Armenian town of Kesab, located on the Turkey-Syria border came under attack by Syrian rebel forces headed by the Al-Qaeda affiliated al-Nusra Front, Sham al-Islam and Ansar al-Sham. Thousands of Armenians were forced to flee to Latakia. Most of the evacuated Armenians were able to return to Kesab, but today, one year after the attack, their situation remains perilous.

A Stroll through Glendale with Erik Yesayan