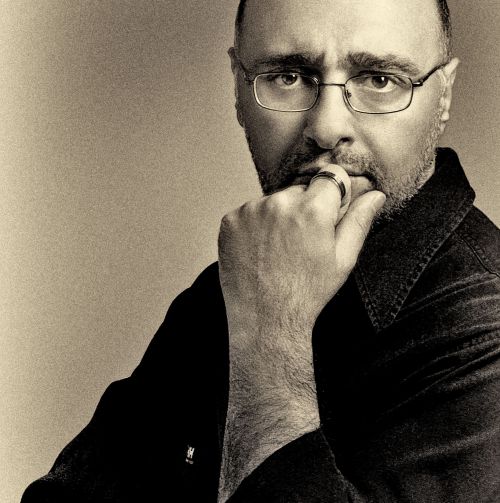 French Armenian photographer Bardig Kouyoumdjian traveled to the Syrian desert to chronicle whatever traces were left of the death fields of 1915. He documented his journey and co-authored the first photo book on the Armenian Genocide in 2005 with his French colleague Christine Simeon called “Deir-Zor: On the Trail of the Armenian Genocide of 1915.”

In October 2014, the Commission of the Centenary of the Armenian Genocide of Lebanon distributed his book to all the embassies in Lebanon. Kouyoumdjian’s book is a collection of photographs that contains authentic information about the places where the horrifying atrocities against the Armenians were committed and the descendants of the survivors.

Bardig Kouyoumdjian traveled across the Syrian desert from 2001 to 2003, the final destination for hundreds of thousands of Armenians from the Ottoman Empire. During their deportation a few were lucky and survived the ordeal, defeating both starvation and disease; some even managed to escape the cruel massacres. However, the great majority perished. This desert was literally the end of the road; the threshold to the world of the dead. Bardig’s unparalleled journey to these forgotten places, the centers of deportation in Aleppo, Meskene, Rakka, and Deir-Zor are a haunting reminder of man’s inhumanity to man. He also managed to find the main sites of the massacres at Shaddade, Markade, Ras-ul-Ain or Suwar. These lands, ninety years on, carry the remains of the dead and the offspring of those who survived.

“When I was a kid, I was looking for pictures in the book to find out how Armenians lived at that time and how they were killed later. Years later when I became a photographer, I wanted to go to these places. When I arrived in Der Zor I realized that nothing was done before. We didn’t have photos of the places where the massacres took place, we don’t know anything about the city of Der Zor. In our imagination Der Zor was a desert, but I found a big town instead, where there was also a small Armenian community and an Armenian Catholic Church built in 1885. It was very important to go back there many times, because it was still possible to find the last of the survivors, many of whom became local Bedouins,” Bardig Kouyoumdjian said in his interview to CivilNet.

With today’s tragedy in Syria and the destruction of the Armenian Genocide Memorial Church and museum in Der Zor, Kouyoumdjian’s 80 black and white photographs in this book remain as a rare testimonial and one of the last witnesses of the massacre sites, the testimonies and pictures of the Armenian survivors, who unwillingly became Bedouins in the desert.

You can watch below Bardig Kouyoumdjian’s full interview with CivilNet.