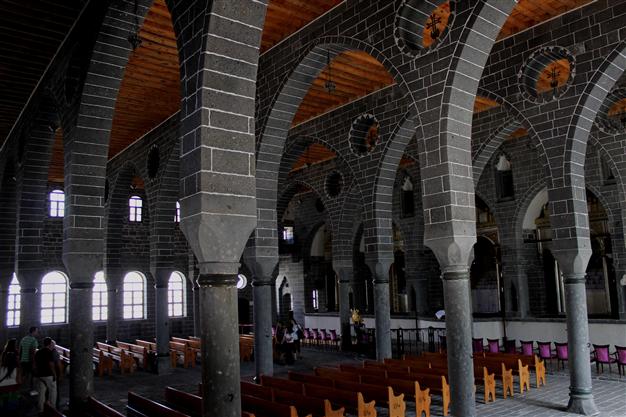 The Gomidas Institute will co-host commemoration events for the Armenian Genocide Centennial on April 18-24 at three historic Armenian cities in present-day Turkey — Bitlis, Mukti and Diyarbakir.

Events include meetings with local government officials, informal meetings with town residents — including Armenians, Assyrians, Kurds and Turks, discussions on the Genocide’s history and visits to Armenian religious sites and landmarks.

The Institute will also co-sponsor two panel forums and discussions during the trip. In Bitlis, “What Happened to Bitlis Armenians, 1915-2015?” — co-sponsored by the Bitlis Bar Association and the Human Rights Association (IHD-Bitlis) and the Gomidas Institute — will discuss the history of the Armenians over the last century in the town near Lake Van that is also known as Baghesh. Historically, 15,000 Armenians were killed in Bitlis during the Armenian Genocide.

In Diyarbakir, the forum “What Happened to Diyarbakir Armenians? “ — organized by the Zan Foundation for Social, Political and Economic Studies — will examine where the Armenians from historic Tigranakert have gone.

The Institute will also visit St. Giragos Church in Diyarbakir, one of the largest Armenian churches with seven altars, which was restored and reopened as a place of worship in 2011.

The trip culminates on April 24, Armenian Genocide Remembrance Day, with a commemoration, rally, and reception in Diyarbakir. The group will gather for a midday remembrance for the Armenians and Assyrians massacred 100 years ago at the ruins of St. Sarkis Church.

The April 24 rally in Diyarbakir will include Kurdish, Turkish and Armenian organizations, such as the Turkish NGO Human Rights Association (IHD-Diyarbakir), the Diyarbakir Bar Association, the Greater Diyarbakir and Sur Municipalities, the Zan Foundation for Social, Political and Economic Studies, and Nor Zartonk.

The Gomidas Institute is an independent academic organization based in England that is focused on Armenian studies, research, publications, and educational programs.

Armenians of Turkey on the Threshold of April 24