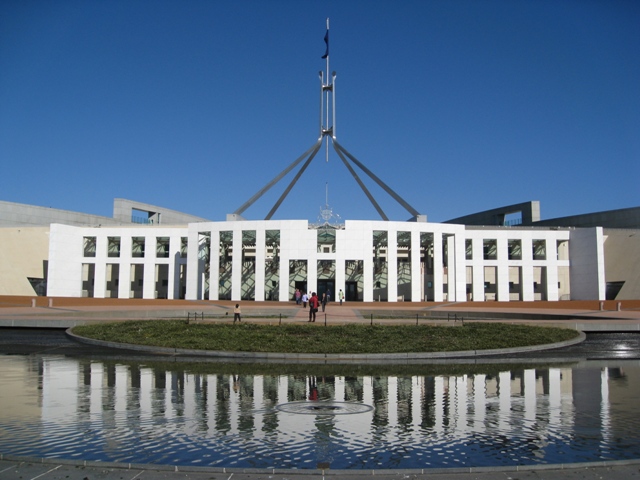 Australia will not send a representative to attend the ceremonies commemorating the 100th anniversary of the Armenian Genocide next month in Armenia.

The Department of Foreign Affairs and Trade announced that the government will not send an official to Yerevan, according to a report from Australian broadcasting outlet SBS.

The report also said that the Department of Foreign Affairs and Trade could not confirm whether it received an invitation to attend the Armenian Genocide commemorations.

Prime Minister Tony Abbott and a high-level Australian delegation are expected to attend the coinciding centennial commemoration on April 24 of the Australian and New Zealand Army Corps (ANZAC) landing in Gallipoli in Turkey.

Australia remembers those soldiers and military personnel who lost their lives in Gallipoli on Anzac Day — now a national day of remembrance held annually on April 25.

“We’ve heard from many members of Parliament throughout the country that Turkey continues to use Gallipoli and the centenary of Anzac Day as a bargaining chip to ensure that Australia does not formally recognise the Armenian genocide,” said Vache Kahramanian of the Armenian National Committee of Australia, adding that Turkey has an “ongoing gag order on Australia on the issue of the Armenian Genocide.”

The announcement comes a week after Armenia’s Minister of Diaspora Hranush Hakobyan visit to the Australian Parliament’s House of Representatives last Tuesday in Canberra.

Hakobyan went to Australia as Special Envoy of the President of the Republic of Armenia and attended high-level discussions with Australian officials regarding the two countries’ relationship and the upcoming centenary of the Armenian Genocide.

Among her meetings was one with the Treasurer of Australia and Member of Parliament Joe Hockey, whose father is Palestinian-Armenian, and several other Australian parliamentarians.

During the Parliament’s Question Time session, Hockey and other members of Parliament wore the “Forget Me Not” Armenian Genocide Centenary pins, which were a gift from Hakobyan.

Although Australia’s Parliament has not recognized the Armenian Genocide, at least one of its states has.

The Parliament of New South Wales again recognized the Armenian Genocide as well as the genocide of Greeks and Assyrians between 1914 to 1923 in May 2013. The unanimously passed resolution sparked outrage among Turkish officials.

Turkey responded by threatening to ban all NSW ministers of parliament from attending the Gallipoli centennial commemoration ceremonies.

In a letter to the Australian Turkish Advocacy Alliance dated June 4, 2014, Australia’s Foreign Minister Julie Bishop wrote that Australia did not define the Armenian massacres as genocide and deemed it unconstitutional for Australian state governments to form their own foreign policy separate from commonwealth government.

“Australian states and territories have no constitutional role in the formulation of Australian foreign policy,” Bishop wrote. “While respecting the rights of individuals and groups to have strong views on the matter, the long-standing and clear approach of the Australian Government has been not to become involved in this sensitive debate.”

Pope Francis and the Armenian Genocide