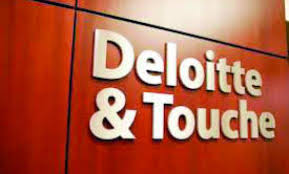 Deloitte & Touche will conduct a study of the Armenian energy sector and assess the June 17 decision by the country’s Public Services Regulatory Commission (PSRC) to hike electricity rates that sparked protests in Yerevan and other cities. The protest, which came to be known as Electric Yerevan, shut down Baghramyan Avenue, a major thoroughfare in the capital for almost three weeks.

The announcement was made by Prime Minister Hovik Abrahamyan during the government session on August 12. Deloitte & Touche will be paid $230,000 US to realize the study and present its assessment.

Abrahamyan said that the Armenian government is also working with the Russian side regarding a proposed audit of the Russian-managed Electric Network Yerevan company that had applied to the PSRC to raise electricity tariffs after accumulating massive debt.

The prime minister went on to say that there is a false perception that until the consultation process has been concluded, the government will subsidize the rate hike not only for consumers but also for large businesses. “This is not the case,” he said. “It is not the government who should finance large business. The Republic’s president announced that we will take upon ourselves the subsidy for the population. When the president returns from his holidays, I will discuss with him the issue of supporting small and medium sized businesses who consume up to 250 kWh electricity.”

At the height of the Electric Yerevan protest, Armenia’s President Serzh Sargsyan announced that the government would bear the cost of the increased rate, would conduct an independent audit of Electric Networks of Armenia and invite an international consulting company to look into the rate hikes and search for ways to increase the efficiency of the electric network of the country.

The government had not clarified how it would carry the additional cost to offset rates by consumers. On August 1, Prime Minister Hovik Abrahamyan announced that funds from the sale of the Vorotan Hydro Electric Cascade would be used to subsidize the increase. A US-based company ContourGlobal bought Vorotan for $180 million US in May of this year.