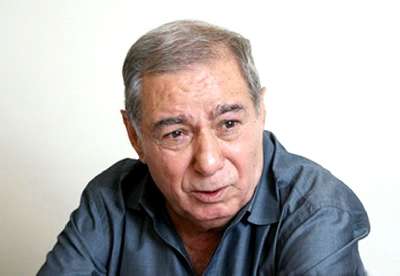 The Azerbaijani writer Akram Aylisli is the author of the Stone Dreams novella, which depicted the pogroms carried out by Azerbaijanis against the Armenians in Sumgait and Baku and presented Armenians in sympathetic light. Following the publication of his book in 2013, President Aliyev signed a presidential decree that stripped Aylisli of the title of “People’s Writer” and the presidential pension. His books were burnt by Azerbaijani intelligentsia and compatriots in his hometown, his son and wife were fired from their jobs and a “bounty” of some $13,000 was promised for cutting the writer’s ear off.

Last month Akram Aylisli was detained at the airport and prevented from travelling to an Italian literary festival. Here, Index translates an extract from the speech he was due to give.

A segment of Akram Aylisli’s speech was translated by Index on Censorship an international organisation that promotes and defends the right to freedom of expression.

Violence and lies, Alexander Solzhenitsyn said, always stand side-by-side. Violence can only be concealed by a lie, and the lie can only be maintained by violence.

Violence doesn’t just mean terrorism, which is now happening at unprecedented levels, making us worry for our lives and the fate of our loved ones. It is no less terrifying when it is sneaking into our consciousness, perverting the heart, killing the faith of the good and making us defenceless against ignorance and bigotry. Mercilessly, good is muddled with evil.

A huge amount of people who hold nothing in their soul, or possess something sinister within, hide behind so-called national views and get away with sowing seeds of hatred between peoples and nations who not long ago lived together in peace.

Nationalism is the terrible character of the heartless optimist who rejects tragedy in life, as this completely contradicts his reality. This is a revolt against reason and humanity. It is a blatant lie, told by a fiendish and fierce people who have the audacity to proclaim themselves the sole bearers of truth and as veritable champions of national happiness. Consequently, patriotism imposed from above provides a great opportunity for fascist bastards to transform a people into a mindless mass. But we know those standing closest to the masses to be the most corrupt. Addressing the masses as people is to push them towards evil bigotry.

When you live in sin among sinners, it catches on. But the writer is able, even in the most extreme circumstances, to remain calm and conscious before absolute truth.

“Truth is above Nekrasov, above Pushkin, above the people, above Russia,” wrote Dostoevsky in his time.

“Beware of writers declaring themselves the voice of a nation,” warns a contemporary literary great, Andrey Bitov.

In order to become the darling of the masses, you can write whatever you like in any way. However, becoming kindred to the reader happens for few writers.

All true literature is paved with honesty about the thoughts and feelings of the writer. A writer is not a writer for mass adoration by those who read. He is an authentic expression of indelible moral value to which people entrust pain. And when people start to lose face, the writer suffers most.

A writer is a teacher from the hearts of people and is in no way at fault for politicians’ inability to comprehend such a magical quality.

The mind of the regime does not tolerate the individual views of writers who take on landmark events arising in society. Writers with individual views are horribly and cruelly punished by the regime. In my case the punishment was brutal and unmerciful.

But I shall not let this spread: I do not want to disgrace my little country before a foreign audience. Even after what the current rulers have done to me, I love my country.

My story has plenty of sorrow, but there was also much worth and insight.

It seems with my little essay, now published in Italian as well, I accomplished my main goal: I saved many Armenians from hatred of my people.

I have understood that in this bloody conflict, neither the Armenians or we are to blame – people would never wage war without the interference of politics.

And I have again ascertained that while our nations are good on their own, together they are magnificent.

I always knew going from invisible to visible required suffering. Having taken my own way on this path, I tried not to trip or fall. Evidently, my soul needed definitive torturing to awaken and know itself in the midst of others, those disposed to immediate corruption and seasonal treason.

There are moments in life that last many lifetimes. I was a hero for some and a traitor for others. I never for a moment felt I was a hero or traitor, just a regular writer and humanitarian who is able to feel the pain of others.

I found myself in the same position as Galileo, who never doubted the truth he knew and yet could not use this indisputable truth to break through the rusted hearts of the keepers of dogma.

I was deprived of peace and prosperity for taking a small step in bringing people closer, people who are already related and bound not only by geography, but by the fate of a centuries-old history.

And I have no greater dream than to see them together again.

And I’d like to live to see the light of this day.

Nagorno Karabakh: How the Four Day War Played Out in International Media