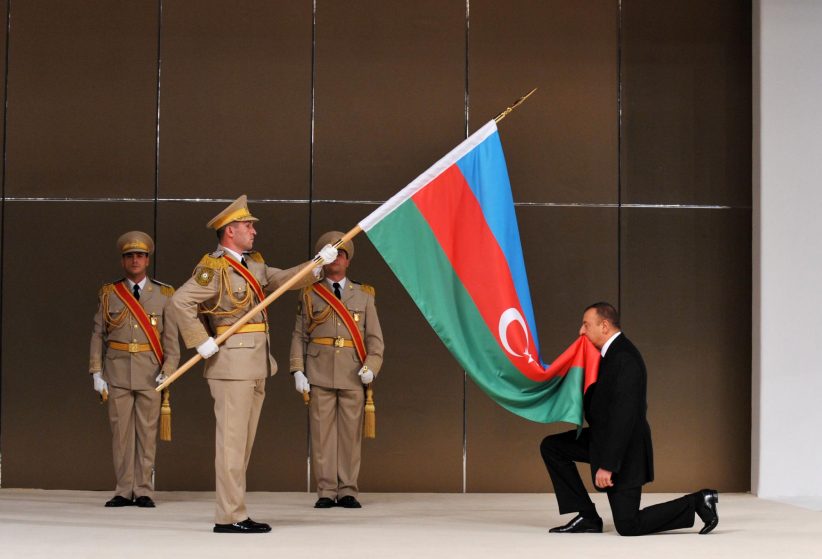 By Emil Sanamyan, the article was published on the Focus on Karabakh, a project of the USC Institute of Armenian Studies

Azerbaijani president Ilham Aliyev has again said that Yerevan, as well as the territories of Lake Sevan and the province of Syunik in southern Armenia, were historic Azerbaijani lands. These areas make up roughly half of the Republic of Armenia.

“Yerevan is our historic land and we, Azerbaijanis, must return to these Azerbaijani lands,” Aliyev said in a speech to the ruling New Azerbaijan party on February 8. “This is our political and strategic goal.” While Aliyev did not specify the context of such a “return,” considering the context of the speech, delivered after the announcement of early presidential elections on April 11, Aliyev’s words implied the use of force.

Deputy speaker of the Armenian parliament and spokesman for the ruling Republican Party Eduard Sharmazanovdismissed these claims as both “fascist” and “foolish.” “As Romans said, empty vessels make loudest noises,” Sharmazanov was quoted as saying.

Azerbaijan’s president has repeatedly made statements about “historical lands” since 2010. In 2013 Aliyev spoke of the “return” to Yerevan and Zangezur. Then again in January 2014, shortly before his most recent re-election, and later in December 2016 he made similar comments.

While Aliyev’s statements appear intended to raise stakes for Armenia as part of the Karabakh conflict, there may be personal and political factors as well.

Aliyev’s father and predecessor is believed to come from a rural area in Zangezur, whereas his mother’s family traces its roots to Yerevan and Spitak. Both families were displaced to Nakhichevan during Armenian-Azerbaijani fighting of 1918-20 that also saw mutual expulsions in other contested areas, including Baku, Shirvan (known in Armenian sources as Bun Aghvank), as well as lower and upper Karabakh.

Additionally, there is the aspect of clan politics. Most of the Azerbaijani political establishment is made up of Aliyev loyalists who trace their roots to Armenia and Nakhichevan. These include the influential presidential staff, prime minister, most cabinet members, head of government-controlled legislative assembly and a disproportionate number of its members. While throughout the 1990s small groups of activists raised the issue of Azerbaijani “historic lands” in Armenia in the media, Heydar Aliyev mostly avoided the topic topic himself. Ilham Aliyev, who is believed to have more of an uneasy relationship with the region-based clans of his father’s loyalists, has made it one of his pet topics.