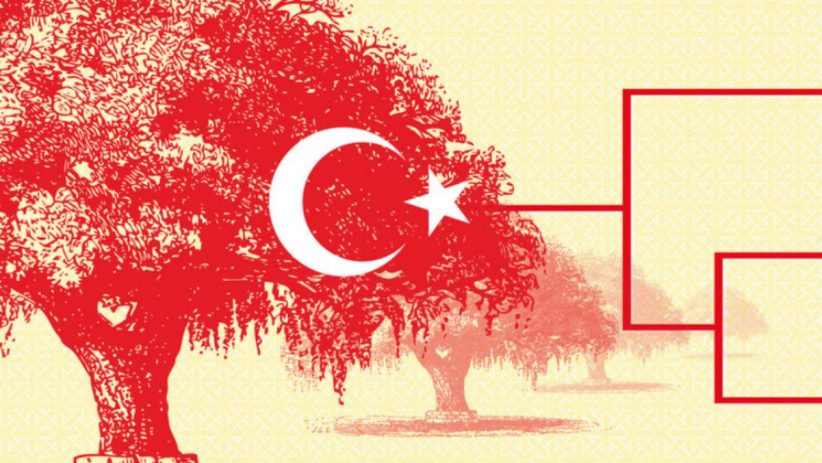 By Fehim Tastekin, the article was originally published on Al-monitor.com

During the days when Turkey still hoped to join the European Union, its people were becoming willing to question their ethnic and religious ancestry. Since then, the country has reverted to a time when people were disgraced and denigrated, with the government’s blessings, as “crypto-Armenians.”

Hrant Dink was the editor of the Armenian-language newspaper Agos in 2004 when he wrote that Sabiha Gokcen, the first female military pilot of the Turkish Republic, was of Armenian parentage. Because of this and other articles he penned, Dink found himself the subject of investigation by the Justice Ministry. He was assassinated in 2007 for reasons thought to be related to his strong support for Armenian causes.

Dink’s story illustrates why population registers in Turkey were kept secret until recently. The topic has always been a sensitive issue for the state. The confidentiality of data that identifies people’s lineage was considered a national security issue.

There were two main reasons for all this secrecy: to conceal that scores of Armenians, Syriacs, Greeks and Jews had converted to Islam, and to avoid any debate about “Turkishness.” Its definition, “anyone who is attached to the Turkish state as a citizen,” was enshrined in the constitution as part of the philosophy of Mustafa Kemal Ataturk, the founding father of the Turkish Republic and its first president.

For a long time, the official policy was that Turks formed a cohesive ethnic identity in Turkey. But less than two weeks ago, on Feb. 8, population registers were officially opened to the public via an online genealogy database. The system crashed quickly under the demand. Some people who had always boasted of their “pure” Turkish ancestry were shocked to learn they actually had other ethnic and religious roots.

On the darker side, comments such as “Crypto-Armenians, Greek and Jews in the country will now be exposed” and “Traitors will finally learn their lineage” became commonplace on social media.

Genealogy has always been a popular topic of conversation in Turkish society, but also a tool of social and political division. Families often acknowledged in private that their lineage was Armenian or that a long-dead relative was a convert to Islam, but those conversations were kept secret. Being a convert in Turkey carried a stigma that could not be erased.

Ethnic Armenian columnist Hayko Bagdat told Al-Monitor, “During the 1915 genocide, along with mass conversions, there were also thousands of children in exile. Those who could reach foreign missionaries were spirited abroad. Some were grabbed by roaming gangs during their escape and made into sex slaves and laborers. The society is not yet ready to deal with this reality. Imagine that a man who had served as the director of religious affairs of this country [Lutfi Dogan] was the brother of someone who was the Armenian patriarch [Sinozk Kalustyan].”

He went on, “Kalustyan, who returned to Turkey from Beirut in 1961, was remembered as a saint in the Turkish Armenian Patriarchate and as someone who had served in the most difficult times after 1915. During the genocide, his mother sent the children away and converted to Islam. Later she married [a man called] Dogan, who was of high social standing, and had two girls and a boy. The boy was Lutfi Dogan. When the mother, who was then with the Nationalist Action Party branch in Malatya province, died, his uncle came in priest garb from Beirut to attend the funeral. Nobody could say anything.”

The mindset of society was starkly clear when President Recep Tayyip Erdogan once complained, “We are accused of being Jews, Armenians or Greeks.”

There were those who feared that data obtained from population registers could be used to stigmatize the famous and used for political lynching campaigns. After the database went down, they spoke out against its restoration. One of them was Tayfun Atay, a columnist for Turkey’s daily Cumhuriyet.

“I was advised in a friendly manner not to admit that I am a Georgian. That was the lightest form of pressure. What about those who risk learning they are of Armenian ancestry or a convert? Just think: You think you are a red-blooded Turk but turn out to be a pure-blood Armenian. Imagine the societal repercussions,” he wrote Feb. 12.

As the debate raged, the system suddenly came back online Feb. 14.

Many Turks are questioning the timing of making this information available.

“If they had done this a few years ago when we were [becoming more tolerant], conspiracy theories would not have been as strong as today, when the state behaves as though we are in a struggle for existence. This is how Turkey reinvigorates the spirit of the Independence War” to inspire patriotism and pro-government thinking, journalist Serdar Korucu told Al-Monitor.

Those who oppose the system fear that a society already in a morass of racism will sink into it even further. Others, however, say that though reality might be shocking, couldn’t it be useful in eradicating racism?

“Yes, definitely. Everyone in Turkey is curious about their ancestry. That is a fact,” Korucu responded. “Why is facing reality so hard?” He said of the Sabiha Gokcen story, “That turned the country upside down.”

Korucu believes data confidentiality is essential to prevent population registers from being misused as instruments of political defamation, but warned, “The state organs already know everything about us.”

In 2013, Agos reported that the government was secretly coding minorities in population registers: Greeks were 1, Armenians were 2 and Jews were 3. The covert classification of religious minorities was met with wide outrage.

“What’s worse is these facts emerge when it is time for a young man for report to military conscription. In short, there are those who know us better than we do. So why not tell us about it?” Korucu asked.

“Population registers are dangerous. That is why Hrant Dink was murdered,” the columnist Bagdat noted. “The director of the Genocide Museum in Yerevan told a delegation from Turkey [about] the three most-discussed issues by those who were able to escape. Armenians first tell us about the Muslims who helped them escape the genocide, then the Armenians who betrayed them and only then do they narrate their catastrophe. If we make public the names of Armenians who were forced to convert to Islam, their grandchildren will be in danger today.”

He added, “This is how the situation is after 100 years: The Turkish state asked us to accept being Turks. Fine, let me say I am a Turk. Will I be given a public job? No. When I say, ‘No, I am an Armenian,’ I am treated as a terrorist. Nothing has changed. Opening of the population registers means nothing to me. How can we forget Yusuf Halacoglu, the director of the Historical Society of Turkey in 2007, who had bluntly threatened, ‘Don’t make me angry. I have a list of converts I can reveal down to their streets and homes.’ These words, by this man who later became a politician in the Nationalist Action Party, were a threat to Turkish politics.”

Is the information in the now publicly accessible registers complete?

Another ethnic Armenian, journalist Yervant Ozuzun, has doubts. ”We don’t know if anything changed. We know ethnic origins were marked with different codes in the register. We as Armenians were code No. 2. Has this changed? I don’t think so.”

Government officials aren’t saying one way or the other.

Fehim Tastekin is a Turkish journalist and a columnist for Turkey Pulse who previously wrote for Radikal and Hurriyet. He has also been the host of the weekly program “SINIRSIZ,” on IMC TV. As an analyst, Tastekin specializes in Turkish foreign policy and Caucasus, Middle East and EU affairs. He is the author of “Suriye: Yikil Git, Diren Kal,” “Rojava: Kurtlerin Zamani” and “Karanlık Coktugunde – ISID.” Tastekin is founding editor of the Agency Caucasus. On Twitter: @fehimtastekin