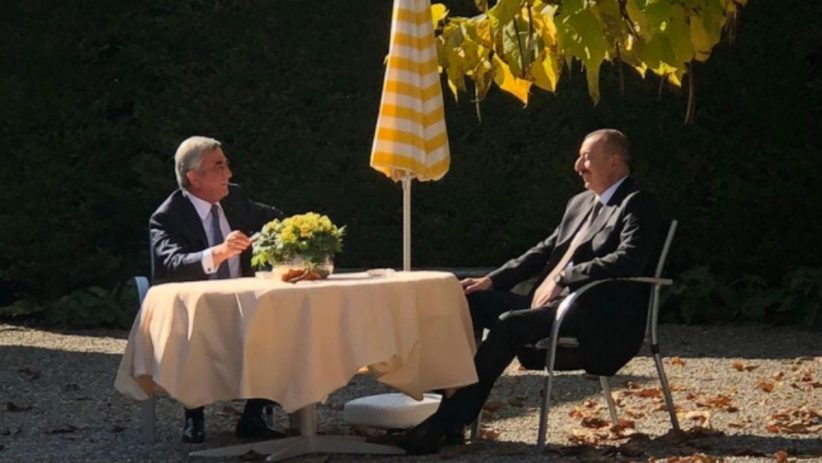 The Azerbaijani President decision to move Presidential elections from October to April 2018 caught many in Armenia by surprise. The expert community put forward several clues on potential reasons for such a decision. The most discussed option was the possible deterioration of the economic situation in Azerbaijan in the second half of the year, which theoretically may complicate the re-election of Aliyev. Some experts argue that Azerbaijani authorities promised European institutions to free political prisoners by May 2018 and some of them, especially the chairman of the REAL movement Ilgar Mammadov could successfully compete with Aliyev in October. Thus, the decision to organize elections in April was based on the President’s wish to prevent the realization of such a scenario.

The convergence in the timing of key political processes in Armenia and Azerbaijan that this decision created was another reason for heightened interest in Armenia regarding Azerbaijan’s domestic developments. According to Armenia’s amended constitution the current government should resign on April 9, and on April 17 Parliament will elect a new Prime Minister who will assume most of the President’s powers, thus finalizing Armenia’s transformation from semi Presidential to Parliamentary model of government Earlier, on March 2, Parliament will elect a new President who will assume duties on April 9. Thus, both Armenia and Azerbaijan will finalize important political transitions before the end of April. According to some analyst, this may create possibilities to re-invigorate the negotiation process on Nagorno Karabakh conflict after May 2018.

However, hope in Armenia for optimistic developments on Karabakh  were abruptly put to end by President Aliyev’s February 9 statement declaring Armenia’s capital Yerevan, as well as Zangezour and territories surrounding Lake Sevan as historical Azerbaijani lands. According to Aliyev, Azerbaijanis’ return to those territories should be Azerbaijan’s political and strategic goal, and Baku needs to work step-by-step to get closer to it. The statement was made during the Congress of the ruling ‘New Azerbaijan” party and marked the opening of Aliyev’s Presidential campaign. The Armenian expert community discussed several reasons behind this move. One of the explanations that was most widespread was Aliyev’s attempt to create an image of tough leader, who is not only rejecting any solution to the Karabakh conflict based on Nagorno Karabakh independence but was putting pressure on Armenia itself. This, it was suggested, may increase Aliyev’s popularity in nationalistic circles within Azerbaijan.

Another option discussed in Yerevan was Aliyev’s attempt to blackmail the international community through vaguely hidden threat of launching regional war. Obviously, any direct military action against Armenia by Azerbaijan may involve Russia and CSTO, as well as drive Turkey to support Azerbaijan. Thus, by suggesting territorial claims on Armenia the Azerbaijani President could be trying to put pressure on international community and in particular, the Minsk Group mediators, urging them to more actively pursue change in the current status quo. According to that logic due to a deteriorating security situation in Syria and around Iran, which may result in an Iran – Israel standoff in the region, the Minsk Group co-chair countries would be keen to prevent the resumption of hostilities in Karabakh, with possible spillover effects that may follow, and will accelerate their efforts to reach an agreement to change the status quo.

A third possible explanation for Aliyev statement that is discussed in Armenia was the President’s desire to discredit the leaders of the 1918-1920 Azerbaijan Democratic Republic and present them as the main culprits for losing control over Azerbaijani historical lands. Some circles in Azerbaijan, especially among educated youth, perceive the leadership of 1918-1920 Azerbaijani Democratic Republic as true national heroes, who paved the way for Azerbaijani statehood. Some opposition parties in Azerbaijan, in particular Musavat, claim paternity to that period of history, and attempt to use it to boost their popularity. By challenging the positive perception of the 1918-1920 ADR among the public, the Azerbaijani authorities may hope to counter some segments of current Azerbaijani opposition.

However, regardless of the core reasons behind this rhetoric, it has negative consequences for the negotiation process. It is worth mentioning that the April 2016 escalation on the line of contact has dramatically changed the views of the Armenian society regarding the logic of possible conflict settlement envisaged by the Madrid Principles. The granting of interim status to Karabakh, withdrawal of Armenian forces from parts of the security zone, and organizing a legally binding referendum on Karabakh’s final status in the distant future, was never perceived by the Armenian society as the best solution. Nevertheless, before April 2016 many accepted this model of settlement as a compromise-based way forward. International guarantees, potentially reinforced by a UN Security Council resolution to secure the peace in the period before the referendum, were perceived satisfactorily by Armenians.

But the April 2016 escalation, from the Armenian point of view, proved the volatility of any international guarantees within the Karabakh conflict. Given the multiple statements by the Minsk Group co-chair states arguing that the conflict has no military solution and all sides should refrain from the use of force, the April escalation shattered the belief within Armenian society that the international community has effective tools to prevent the resumption of hostilities. Thus, the majority of society now will only accept a settlement which will immediately define the status of Karabakh. In such an atmosphere, statements arguing the return of Azerbaijanis to their so called historical lands in Armenia will only harden positions in Armenian society and boost the position of forces which don’t see any possibility to maintain meaningful dialogue with the current Azerbaijani leadership, making any mutually accepted solution for Karabakh conflict even less likely.

Dr. Benyamin Poghosyan is the Executive Director of the Political Science Association of Armenia.

The article was originally published on Commonspace.eu.