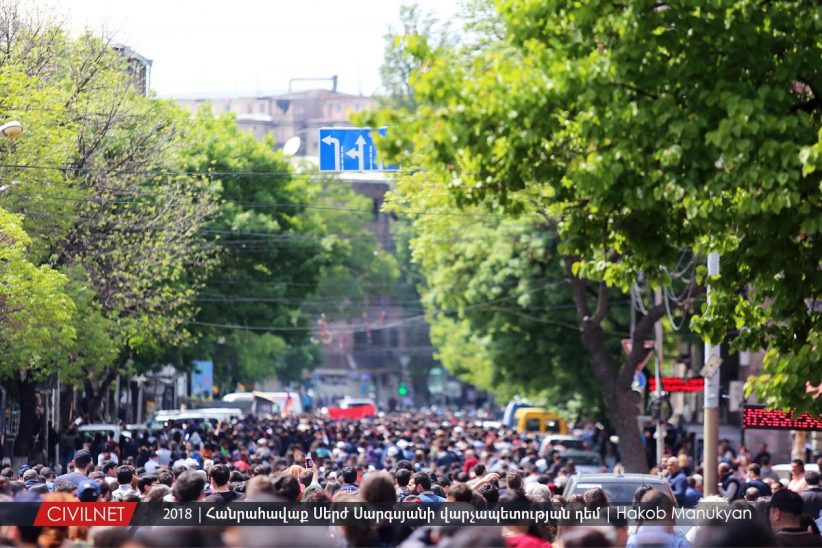 Beginning April 13, acts of civil disobedience against Serzh Sargsyan’s nomination and confirmation by the National Assembly as Armenia’s new prime minister, have taken place in Yerevan, as well as in other cities, provinces and villages of Armenia.

These movements are being organized by the Civil Contract Party, headed by Member of Parliament (MP) Nikol Pashinyan; the “Reject Serzh” civil society initiative, and the “In The Name of The Republic” civil society group.

The situation is tense in a number of Armenian cities, while the hot spot for rallies and protests continues to be Armenia’s capital, Yerevan.

CivilNet reporters are covering these protests and demonstrations throughout the 24 hour news cycle. Our journalists and photographers are also providing us with obsevations and information that has not been caught on camera.