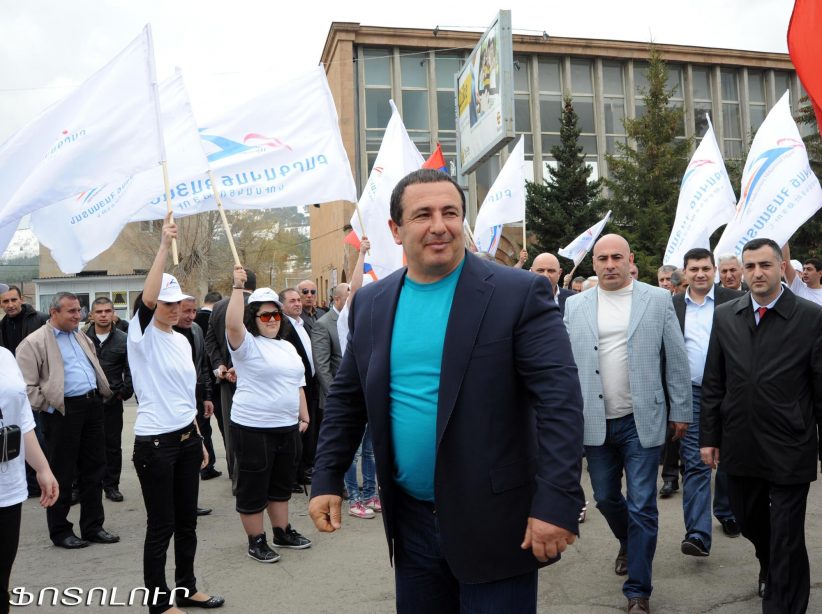 Eduard Babayan, head of security for Deputy of Armenia’s National Assembly Gagik Tsarukyan, has been charged with inflicting severe physical abuse on a victim. The Special Investigative Service of Armenia reports that Babayan was arrested on July 6.

On July 3, the victim, Vyacheslav Harutyunov, told law enforcement officials that he had been assaulted by Tsarukyan and his bodyguard Babayan. According to Harutyunov, the clash took place in the administrative building of the Olympic Committee of Armenia, which is headed by Tsarukyan, and that the incident occured in the presence of the Minister of Emergency Situations Hrachya Rostomyan and the President of the Olympic Committee Derenik Gabrielyan.

Tsarukyan had promised to assist Harutyunov’s son to receive an early termination from his military service. Harutyunov’s son became a World Boxing Champion in 2012. On July 2, 2018, Harutyunov approached Gagik Tsarukyan to remind him of his promise to settle his son’s issue.

The conversation turned into a physical altercation at which time Eduard Babayan, with the help of others, caused serious physical damage to Harutyunov, including brain shock, facial and chest injuries, rib fracture.

The investigator of the Special Investigation Service of Armenia filed a motion to the court to detain Eduard Babayan on July 5, 2018. The motion was approved by the court the next day, and Babayan was arrested. He is being charged with Article 112, Section 2, Point 6 of Armenia’s criminal code. The preliminary investigation is ongoing.