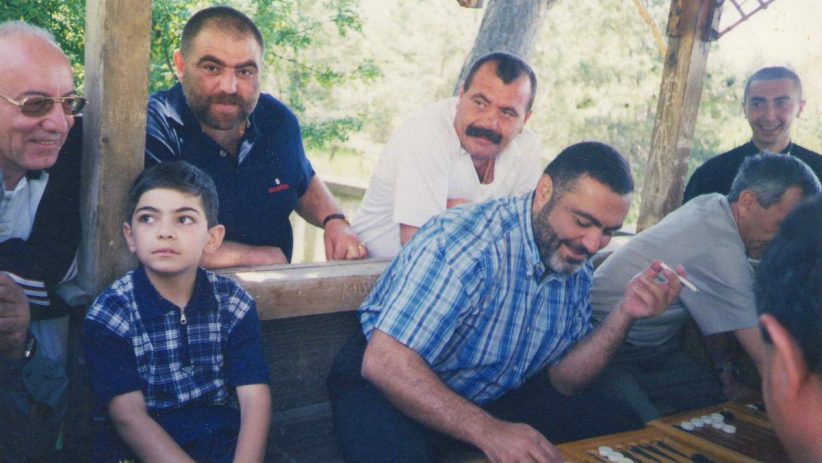 The Manvel Grigoryan case is striking a heavy blow on the Yerkrapah Union of Volunteers. The largest and most influential union of war veterans in Armenia, with 30,000 members including a Youth section, it has found itself the center of public attention on numerous occasions. But whereas in the past, controversies were about its political role on the domestic scene, this time its moral standing is at risk.

Founded in 1993  by the late Vazgen Sargsyan the Yerkrapah has two missions. First, to keep military spirit alive in a state of non-ended war. Second, to provide a social platform for war veterans seeking to reintegrate into civilian life. The first still proved necessary in April 2016, when volunteers, old and new, rallied at the headquarters of the Union en masse. As far as social utility, with hundreds of veterans left outside state programs, it is hardly questionable. These former comrades-in-arms take  pleasure in meeting and recalling crucial episodes of their lives relating to the Karabakh war, all in a formal circle where paramilitary culture is the accepted norm.

But there is more to it than that. Countless rank and file members in the Union have made it their goal in life to transmit military skills they acquired during and after the war to younger generations. They conceive their mission as a moral one, of passing on love of the country and the necessity to remain involved while war is still looming ahead. Alongside a strongly nationalistic stance, they conceive the purpose of their teaching as strengthening the sense and value of statehood in their students. They might have limited themselves to war knowledge and know how, yet they put some unexpected ideological views (e.g. love of freedom, human and individual rights, respect and care for the other) and analytical skills (e.g. critical thinking) there, extending well beyond the official curricula.

The conditions in which the Union operates, however, are problematic and not in tune with the “spirit of times”. Up to now, the Yerkrapah would gather in general Assembly every two years. This Assembly operated as a ratification chamber of all items adopted in closed circles beforehand, financial decisions or operational orientations. Members of the board or the Chairman himself -unchanged for the last 20 years — would come to the front of the stage and formally put these items to a show-of-hands vote. With hundreds of veterans in a large auditorium paying fluctuant attention no hand was ever “against”.

A wish to reform seems to be emerging in response to the criminal proceeding against M. Grigoryan. Four points have so far been announced. First, the management of the Union would become collegial. Second, all financial activities would be frozen awaiting an extraordinary assembly, to be convened soon. Third, all members owning more than 3 or 4 private properties — land, businesses and/or real estate — should report their assets. And fourth, 65 members suspected of conduct contravening the code of the Union will be suspended awaiting further scrutiny.

On the political level, Hamlet Hayrapetyan, vice-president now acting chairman, pledged loyalty of the Union to the new Commander in Chief, Prime Minister Nikol Pashinyan. In a context of military tensions with Azerbaijan, the Yerkrapah is keen to reaffirm itself as a “brand keeping Aliev under fear.” Its paramilitary culture may not be to the taste of a civilian and educated portion of Armenian society that is now in leadership positions as a result of the Velvet Revolution. Yet, the fact remains that in the ranks of the Yerkrapah as in the rest of the society, an independent state as an idea and/or a moral value took root in the minds of the post-Soviet generation. It remains for the Yerkrapah to reform genuinely enough so it is not ideologically marginalized in the “new” Armenia.

Taline Papazian is a Visiting Scholar at the USC Institute of Armenian Studies.