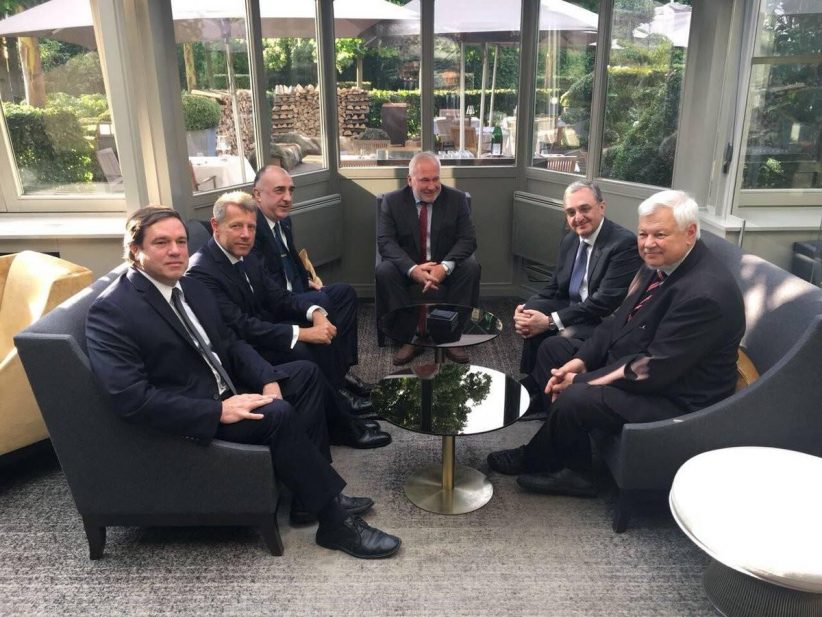 A meeting took place between the Foreign Ministers of Armenia and Azerbaijan, Zohrab Mnatsakanyan and Elmar Mammadyarov, at the NATO Summit in Brussels on July 11.

This is the first bilateral ministerial meeting since the popular movement in Armenia that brought about a change in power and led to the formation of a new government.

Co-chairs of the OSCE Minsk Group, the main mediating body of the Nagorno Karabakh conflict, were also present at the meeting, the intent of which was to acquaint the sides with each other’s positions.

Armenia’s Foreign Minister expressed gratitude to the OSCE Co-chairs for organizing the meeting and highlighted the importance of the peace process and the preservation of negotiations under the auspices of the Minsk Group.

Mnatsakanyan mentioned that the process has no alternative, and in that context he stressed the importance of forming an atmosphere of peace, strengthening mutual trust, taking steps towards reduction of tensions and preservation of the ceasefire. He also stated that the realistic and constructive involvement by all sides of the conflict has the utmost importance in determining the effectiveness of the efforts to achieve lasting peace.

Interlocutors exchanged thoughts on questions relating to the negotiating process surrounding the resolution of the Nagorno Karabakh issue.

The Co-chairs presented their forthcoming projects to the foreign ministers and also touched upon the upcoming steps.