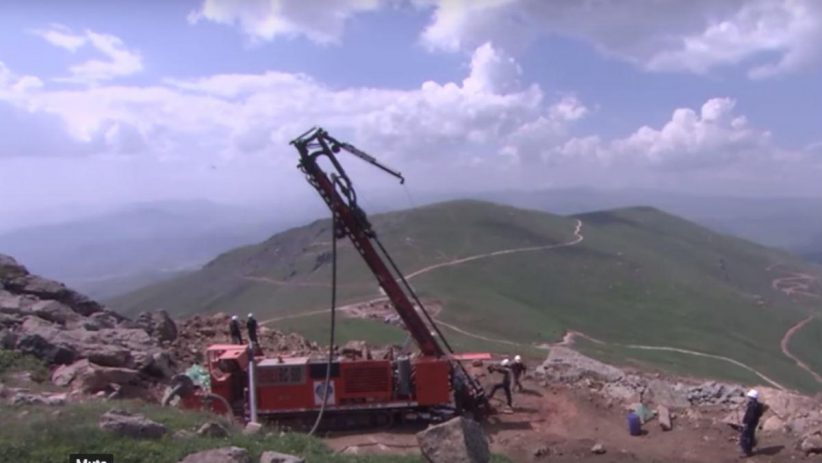 On July 15, during a Q&A session live on Facebook, Prime Minister Nikol Pashinyan addressed a myriad of pressing questions, including one about the status of Amulsar Gold Mine.

Lydian International, a mining company listed in the Toronto stock exhange, got the approval in 2016 to drill for gold in Amulsar. Since then, the project has been mired by environmental protests which have intensified in the past month and have included road closures and calls for complete shutdown of the project.

The issue has become one of the serious issues during Pashinyan’s two-month tenure as Prime Minister.

During a Q&A live on Facebook on June 26, Prime Minister Pashinyan was asked about the situation brewing around the Amulsar Gold Mine.

At that time, Pashinyan urged the environmental activists and local residents to halt the protests, open the road and allow the government to conduct a non-partial fact finding mission to assess the situation and find a resolution.

Then, on July 6, during a working visit to Jermuk, Pashniyan conducted a meeting with all sides, including representatives from Lydian Armenia, environmental activists and concerned local residents. The Prime Minister once again stressed that the issue does not have a simple solution.

On July 15, during the latest Q&A session on Facebook Live, the Amulsar question surfaced once again and Pashinyan gave a long answer about the complicated issue and the tensions growing between the sides.

Pashinyan stated that had the Amulsar process begun during his tenure as prime minister, he would not have allowed it to go forward because he believes it is absurd to develop a mining operation in one of Armenia’s main recreational health centers.

Pashinyan went on to say that the government cannot carry out any action if there is no clear, legal, de jure justification for it. Even though activists demand the immediate closure of the mine, it cannot be done without clear basis because according to the Constitution, government officials and state bodies are only allowed to carry out actions that are backed by the law.

“We have inherited this situation from the previous government where an internationally traded mining company which is the only mining company represented in the stock market, has carried out $400 million investment in this project,” said Pashinyan, also adding that the Prime Minister cannot just get up in the morning and order the closure of the mine.

According to Pashinyan, Lydian Armenia has said that the previous government gave them clearance and they came in and invested; hence, the issue needs to be resolved in accordance with the letter and spirit of the law because if mishandled, Armenia will be faced with a difficult problem.

PM Pashinyan also paid attention to the recent statements some people made during the Amulsar protests that they would resolve the issue with arms.

With a strongly worded message Pashinyan said, “I want to strongly say to them that no issue in Armenia will be resolved with arms. I want to strongly condemn anyone who thinks that in this atmosphere of peace and understanding any question is going to be settled with an armed action. In that case what was the purpose of the revolution? No one will solve a problem with violence, with arms and that any such statement will not be ignored and will face a strong response from law enforcement.”

He ended by saying that the Amulsar issue is being carefully studied. He also shared that during his trip to Jermuk, he was hoping that representatives of Lydian Armenia would also take a step toward the resolution of this issue, but unfortunately Lydian Armenia had not demonstrated a constructive approach to discuss this issue.

In Photos… The Road to Syunik