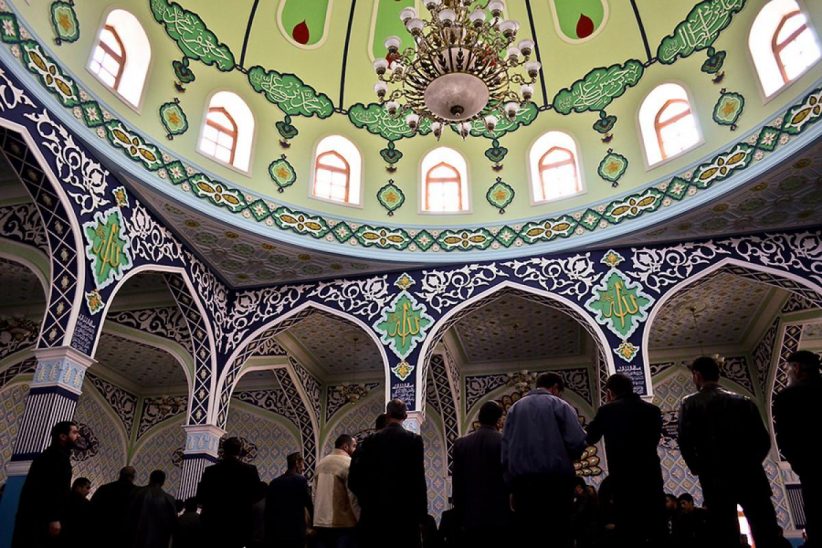 Recent events in Ganja, Azerbaijan’s second-largest city with a roughly 330 000 population, have triggered the detention of at least two dozen persons described by security forces as members of religious groups acting at the behest of external forces with the intention of sowing panic and destabilizing the political situation. Granted, reports of what happened are incomplete and sometimes contradictory. The detentions have nonetheless again focussed attention on the perceived threat posed by radical Islam to political stability in Azerbaijan.

The catalyst for the wave of arrests was an unsuccessful attempt on 3 July to assassinate unpopular Ganja Mayor Elmar Veliyev. The perpetrator was identified as Yunis Safarov, a Russian citizen born in 1983. According to a joint statement by Azerbaijan’s General Prosecutor’s Office and National Security Service summarised by the news portal Caucasian Knot, Safarov travelled in 2016 to Iran and lived for eight months in Qom, the centre of Islamic learning. During that period he was said to have undergone military training, together with an unnamed citizen of Azerbaiijan, with a group of armed militants fighting in Syria.

In 2017, Safarov came to Ganja with the intention of killing a number of well-known senior officials in order to “create chaos” and then seize power and establish an Islamic state under Sharia law, the initial joint statement continues. Whether he was acting alone or as part of a group was not spelled out. To that end, Safarov is said to have attacked a bank security guard and stolen his pistol. Safarov also allegedly prepared a video clip in the name of the unregistered Muslim Unity movement which he planned to release after killing Veliyev, in which he appealed to the population “to fight against officials and enemies of Islam.”

In the event, Safarov was apprehended immediately after opening fire on Veliyev and his bodyguard. A photo subsequently uploaded to the internet show a man believed to be Safarov lying on the floor with blood on his face, prompting widespread speculation that he had been beaten and/or tortured. Police denied, first, that the man in the photos was Safarov, and then, that Safarov had been tortured. On 6 July, the TV channel Khazar aired an interview with Safarov in which he denied having been mistreated and explained that the damage to his face had been incurred at the time of his arrest. He also admitted having “committed the crime … in Ganja.”

Some bloggers and civil society activists, however, cast doubts on the official version of Safarov’s motives. They point out that the video clip he is said to have prepared was never uploaded, and that Muslim Unity, whose leaders are currently serving prison terms for their imputed role in a shoot-out with police in the village of Nardaran in late 2015, has denied any knowledge of or connection with Safarov.

The alternative, unofficial explanation for Safarov’s attack on Veliyev is based on Veliyev’s own leadership style since his appointment as mayor in 2011. He has been characterised as “profoundly unpopular,” “a despot,” and “a rough man who systematically insulted his subordinates, Ganja residents, and visiting journalists.” Five years ago, Azer Aykhan, deputy editor of the opposition newspaper “Yeni Musavat,” lodged a formal complaint with Azerbaijani President Ilham Aliyev and Interior Minister Ramil Usubov that he had received death threats after publishing criticism of Veliyev. Indeed, President Aliyev himself is said to have warned Veliyev to moderate his behaviour.

Veliyev is also said to have demonstrated complete indifference to the problems the town’s population face, in particular poverty and unemployment. In October 2015 he alienated the town’s practising Shia community by banning the annual Ashura ceremony. Those believers who defied the ban were arrested.

On 6 July, Caucasian Knot quoted an unidentified former Azerbaijani police officer as suggesting Safarov or a member of his family may have personally fallen foul of Veliyev. Another news portal implied that Safarov acted in revenge for Veliyev’s mistreatment of his sister. Veliyev’s wife, however, was quoted on 7 July as saying he was motivated partly by religious considerations and partly by outrage at Veliyev’s oppression of the city’s population.

Some Ganja residents gave vent to their pent-up revulsion against Veliyev by taking to social media to hail Safarov as a hero. It is not clear, however, whether that wave of empathy was the sole factor behind the decision to convene a meeting to protest Safarov’s apparent mistreatment by police: Institute for Public Policy head Bakhtiyar Gadjiyev was quoted by Caucasian Knot as noting that advance notice of that meeting was circulated on social media by suspected “trolls.”

In the evening of 10 July, 150-200 people, some of them said to be believers from other regions of Azerbaijan, duly converged outside the city hall in Ganja. After half an hour, police used force to try to disperse them, and in the ensuing violence two senior police officers were killed, reportedly by long-handled sharp pointed or cutting objects. One of the two suspected perpetrators, Farrukh Gasymov, was taken into custody. The second, Rashad Boyukkishiyev, who had served a jail term for matricide, was shot dead resisting arrest two days later, according to APA.

Meeting with the heads of Azerbaijan’s law enforcement agencies on July 13, President Aliyev characterized the attack on Veliyev and the killing of the two Ganja policemen as religiously motivated terrorist acts aimed at destabilizing the country and instilling fear in the population. He did not imply any foreign involvement.

But Mubariz Gurbanli, who heads Azerbaijan’s State Committee for Work with Religious Bodies, offered a slightly different version of events: he told APA on 16 July the two men “had been recruited by foreign circles” and were members of “radical groups” acting under the pretext of religion.

An Iranian Foreign Ministry spokesmen dismissed the same day as “a psychological war against Iran” allegations of Iranian involvement.

Meanwhile, law enforcement agencies made public more details of Safarov’s sojourn in Iran. While in Qom he is said to have come under the influence of a man named Tohid Ibragimbeyli, who between 2013-2016 recruited 14 students who had travelled from Azerbaijan to Iran to study theology in Qom and Meshed and sent them to Syria to fight. Ibragimbeyli is said to have denounced the Azerbaijani leadership in on-line posts and to have called in January 2017 for the assassination of Veliyev.

Four men who had undergone military training with Safarov in Syria, three of them said to be close relatives of Ibragimbeyli, were arrested on 14 July. One of the four, Taleh Goyushov, was said to have participated in the 10 July protest in Ganja. According to a separate report, seven people, including a man named Samir Ibragimov, were arrested on 15 July in connection with that protest, bringing the total number taken into custody to 22. In addition, a total of 13 people have been apprehended and warrants issued for eight more in connection with the July 3 attack on Veliyev.

The supposition that Safarov’s unsuccessful attempt to kill Veliyev was motivated by his religious beliefs has served to revive the ongoing debate about the perceived increase in the number of adherents of “radical Islam.” Azerbaijan’s Muslims are not homogenous. As of two decades ago, approximately one third, including ethnic minorities such as the Lezgins and Avars, were estimated to be Sunnis and two-thirds Shia. But those two groups are not homogenous either: the Shia community in Ganja, for example, is not oriented towards and sympathetic to Iran to the same extent as the population of the village of Nardaran on the outskirts of Baku.

By the same token, the Sunni community includes Salafis and followers of the Turkish preachers Fethullah Gulen and Said Nursi. According to Russian journalist Orkhan Djemal, the “Gulenists” and followers of Nursi are growing at a faster rate than the Salafi community. All three groups have been subjected to harassment and even arrest. Scholar Arif Yunus, who in 2013 published a study of the role of Islam in Azerbaijan, estimated the number of Gulenists prior to the crackdown launched on them in 2014 at no more than 10,000.

Both Russian and Azerbaijani analysts attribute the growth of the Sunni community over the past two decades at least in part to disillusion with and suspicion of Azerbaijan’s “official” clergy, who are subordinate to the Muslim Board of the Caucasus. That institution was first established in 1944 and its current head, Sheikh ul-Islam Allakhshukur Pasha-zade, has held his post since before the collapse of the Soviet Union.

Estimates of the number of Islamic radicals vary enormously, not least because the Azerbaijani authorities tend to use that term indiscriminately to designate any practising Muslims whose political views and affiliation are considered dubious. Writing in the Russian daily “Nezavisimaya gazeta” in April 2006, one Azerbaijani journalist estimated the number of followers of Wahhabi/Salafi Islam in Azerbaijan at approximately 25,000. In 2014, the website haqqin.az cited the figure of 40,000. The country’s total population is 9.92 million.

Whatever the total number of Salafis, however, it is highly unlikely that more than a fraction of them are ready to take up arms. True, there have been isolated reports over the past few years of young Azerbaijani men travelling to Syria or Iraq to join the ranks of the terrorist organization Islamic State, and in May 2017, the Russian daily “Nezavisimaya gazeta” quoted Azerbaijan State Security Service head Madat Quliyev as saying his organisation was evaluating claims that 300 Azerbaijani citizens had been killed fighting in Iraq.One month later, however, Caucasian Knot quoted several Azerbaijani political analysts as saying the number of Azerbaijanis heading for Syria appeared to be declining.

Arif Yunus for his part told Radio France International two years ago that he estimates no more than 1 percent of Azerbaijan’s Salafis have become radicalised. He suggested that the problem may be one of perception, given that “in Azerbaijan, Islam has become an expression of protest.” At the same time, he drew a clear line between Islam and “the Islamisation of protest.”

Other analysts too have pointed out that religious activists are increasingly seeking to fill the vacuum left by the inexorable crackdown conducted in recent years on Azerbaijan’s moderate secular opposition. Togrul Djuvarli, a member of the Azerbaijan national public committee for Euro-Integration, told Caucasian Knot that religious activists are now “actively raising social grievances.”That increase in social engagement by Salafis who previously maintained a low profile mayin turn partially account for the perception that their numbers are on the rise.

Journalist Khadija Ismaylova similarly explained that “peaceful opposition groups have been stripped of any opportunity to engage in political activity … [so] people who do not want to resign themselves to injustice and poverty are ready to greet any group, even radicals, that will actually take action.”

That appreciation should not, however, be conflated with acceptance of a specific strain of Islam. Indeed, blogger Kyamal Ali opined in the wake of the killing of the two Ganja police officer that “most Azerbaijanis would prefer the current leadership with its policies, rather than cede power to Islamic radicals.”

Azerbaijani officials such as Seyavush Geydarov, the deputy chairman of Azerbaijan’s State Committee for Work with Religious Bodies,nonetheless prefer to construe the politicisation of protest as orchestrated by elements both within Azerbaijan and abroad who seek to torpedo the country’s development.

“Unidentified foreign forces” were said to have been behind a Facebook campaign to mobilise the population of the industrial town of Sumgait to stage a protest against Mayor Zakir Faradjev comparable to the anti-Veliyev demonstration in Ganja. The state news agency Azertac reported on 15 July the arrest of 18 people described as “suspected members of the radical opposition and/or religious groups” in connection with that intended protest. It is not clear whether there is any connection between them and the persons arrested for their imputed role in the events in Ganja.