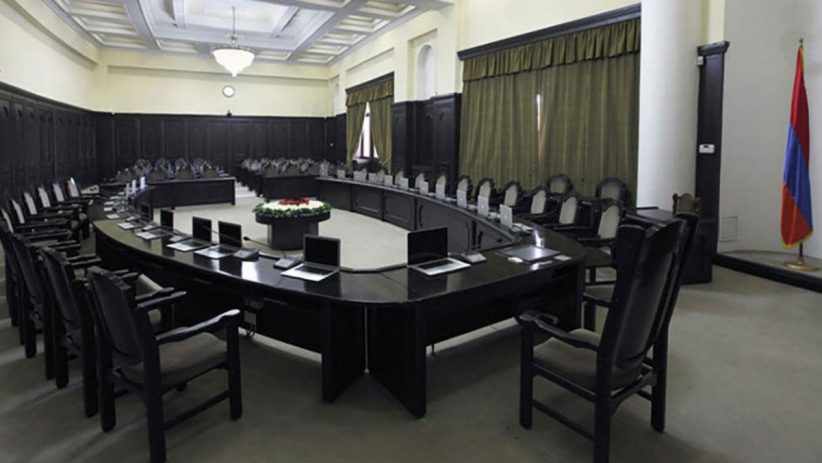 In parallel to the daily appointments within Armenia’s government, this week was full of unexpected dismissals of newly-appointed officials.

On Monday, Karpis Pashoyan, the spokesperson for the deputy prime minister made an announcement about his dismissal. The reason for this was a recent interview on Civilnet where one of his remarks became the topic of a heated public debate.

Pashoyan, while speaking about the casualties of the 2016 April War, and in particular “Hero of Artsakh” Robert Abajyan, had said, “he was a boy with adolescent features who in that moment did not comprehend what was happening.” Pashoyan was urging that the deaths of soldiers not be used for political dividends.

19-year-old Robert Abajyan had not obeyed the command to retreat from his post during the clashes in April of 2016 and had detonated a hand grenade, killing himself and several encroaching adversaries from Azerbaijan.

During the interview Pashoyan presented himself as a historian and not as a government representative.

This week, the Chief of prime minister’s administrative service Gevorg Ajemyan was also involved in similar controversial remarks. On his Facebook page he had made lewd comments about first president Levon Ter-Petrossian.

Even after being dismissed from their positions, both of these young officials stood behind the views they had expressed.

This week, Major-General Miqayel Arzumanyan, Deputy Chief Inspector of the Armed Forces since June 27, was also dismissed from his post. The reason for the dismissal was the general’s attempt to enter politics, which he is prohibited from doing under the law.

Arzumanyan had created a group called “Artsakh Awakening” through which he had been calling for the resignation of the President of Nagorno Karabakh Bako Sahakyan. On July 7, Arzumanyan was hastily summoned by Prime Minister Pashinyan to give an explanation. Pashinyan had warned him to refrain from the matter due to his position in the military.