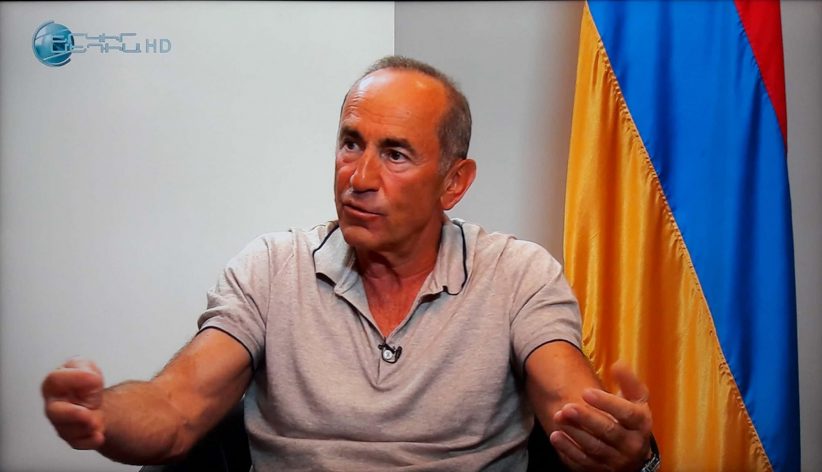 On July 26, Kocharyan appeared before the SIS for questioning as a witness. After the interrogation, he was charged with the crime of overthrowing constitutional order during demonstrations that followed the 2008 presidential election.

Later the same day, Kocharyan said in a televised interview that he was asked to present himself as a witness, but the investigator’s first sentence was that the situation had changed and they are charging him with a crime.

“I, as the president, was the protector of the constitution, its guarantor, and I have somehow destroyed myself in a strange way, with the participation of the army elite. The encroachment on the constitutional order was done by the opposition itself, by Levon Ter-Petrossian, who were announcing that they need to dismantle the state system,” Kocharyan said during the interview.

Kocharyan stressed that two weeks before the elections, Levon Ter-Petrossian had announced that he had been elected president.

“This is far from the truth, this is political persecution, it’s vendetta by the velvet revolution, of love and harmony… I never thought that in our reality it would be possible to create such an artificial criminal case,” said Robert Kocharyan.

“What is happening here is a bomb under Armenia’s statehood,” said Kocharyan.

“I will go, I will sit, and I will struggle until the end. If they think I will escape, well, No,” added the former president.

On February 19, 2008, following a presidential election Serzh Sargsyan became the president of Armenia while his opponent, the first president of Armenia Levon Ter-Petrossian and his supporters refused to accept the results of the election. The growing rallies and peaceful demonstrations were met with heavy use of force as President Robert Kocharyan announced a state of emergency and army subdivisions entered Yerevan. The situation worsened on March 1, resulting in ten deaths, eight protesters and two policemen, and roughly 300 injuries.’