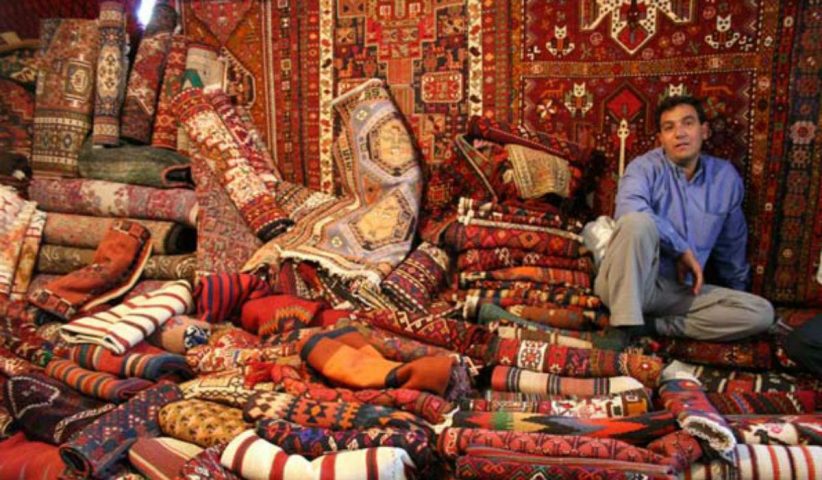 The article was published in the World Energy Weekly (Oct. 22 issue), a publication of Petrostrategies, a French think-tank specialized in research on energy, economy and geopolitics.

Iran and partners are seeking to mitigate the impact of sanctions, but the available means are fragile

In the run-up to the November 5 deadline when US sanctions against Tehran will be reinstated, a degree of uncertainty is emerging as to the actual level of Iran’s oil production and exports. According to the Managing Director of the National Iranian Oil Company (NIOC), Iranian oil shipments abroad have fallen only “very slightly” recently, while production has remained stable. Iran claims to have produced 3.76 MMb/d of crude oil in September, as compared to 3.81 MMb/d in August. Oil-sector analysts have not announced the same numbers: Platts, using its tradeflow monitoring software, estimates a figure of 3.6 MMb/d in August and 3.5 MMb/d in September.

In both cases, the decline is actually slight. In contrast, the Refinitiv Eikon platform, used by Thomson Reuters, is far more “pessimistic”, indicating that Iranian exports fell to 1.33 MMb/d during the first two weeks of October from the September figure of 1.6 MMb/d (and 2.5 MMb/d in April). This platform also shows that no tankers carrying Iranian oil were en route to Europe as of October 15. However, very precise data are difficult to obtain because, as analysts themselves admit, some deliveries may be “invisible”, and thus be overlooked by traditional databases.

Over the next few weeks (after the US embargo against Iran has come into effect), most of the oil sector is expecting a sharp drop in Iranian oil exports. But again, forecasts vary considerably. This uncertainty is partly due to Iran’s statements on this issue, which are meant to be “reassuring”. “America has done most of the things it could do, and there is not much left to do against Iran” to reduce its oil exports, according to the Iranian Minister of Petroleum, Bijan Namdar Zanganeh. Tehran claims to have ways to partially bypass the sanctions.

The Iranians have reactivated their domestic oil exchange, or “bourse”, where private traders can buy Iranian crude oil in small lots (5,000 tons), subsequently reselling it on the international market. In this way, NIOC could avoid dealing directly with refiners. Starting on October 26, Iran hopes to use this mechanism to market 1 MMb. In practice, however, it is unlikely that this mechanism will have any significant impact. Companies involved in such sales would be threatened with US sanctions, unless they have absolutely no economic links to the United States or its currency, or if they can sell their cargoes without being detected by Washington.

Another “positive» factor highlighted by Iran is its cooperation with Russia in the oil sector. The Energy Ministers of the two nations met on October 15 to discuss the situation on the world oil market. “Having increased production by 1 MMb/d by joint efforts, we hope to stabilize the market”, said Russian Energy Minister Alexander Novak. According to him, Iran and Russia are both  “responsible players creating stable and predictable rules in the oil sector”. This statement is primarily symbolic, and is intended to show that the two countries are planning to collaborate closely over the coming months, despite US sanctions. According to Israeli media, an unofficial deal has been reached between Moscow and Iran: the latter could export its oil to Russia via the Caspian Sea, for re-export through Russian territory (or via swaps).

In return, Iran would enjoy several benefits, according to the Israeli press. However, the vagueness of such a proposed mechanism suggests that this “news” should be treated with great caution, as the feasibility of such an initiative has not been proven: Iran’s terminal at Neka has so far been used to import Russian (and other Caspian) oil and send it to refineries in Tehran and Tabriz. However, there are no oil pipelines to supply Neka from the oil fields of southern Iran. Also, in 2017, Russia and Iran initiated a scheme involving the removal of up to 100,000 b/d of Iranian oil by the Russian agency Promsyryoimport; 50% of the oil’s value would then be used to purchase Russian goods and services. According to Novak, this system is still in effect.

On the European side, the finance ministers of the EU Member-States are trying to protect SWIFT (based in Belgium) against the risk of US sanctions. This company manages international bank transfers, including those to and from Iran. Washington wants Iranian banks to be completely disconnected from SWIFT as of November 5. But the Europeans disagree and are demanding special conditions. However, a possible waiver (very unlikely at this stage) could prove ineffective in the oil sector, as European companies buying oil from Iran would obviously be targeted by the Americans. Almost all major European refiners either have assets in the United States or have links to that country.

Other oil-producing countries will find it difficult to compensate for the decline in Iran’s oil exports, according to France’s IFP Energies Nouvelles (IFPEN), which has just published a report on the subject. The institute highlights uncertainties in the global market which could drive prices either upwards or downwards. In principle, the imminent reinstatement of US sanctions against Tehran will affect a potential volume of 2.7 MMb/d of liquid exports. This figure represents the difference between Iran’s normal production (4.7 MMb/d) and its domestic consumption (about 2 MMb/d).

From an “optimistic” point of view, it is evident that the situation is not the same as in 2010-2012, when Iranian exports fell by 1.2 MMb/d. This time, the embargo imposed by Washington is supported neither by Europe nor by Asian countries, which are major consumers of Iranian crude. However, IFPEN has adopted a more pessimistic scenario, believing that fear of US sanctions will prevail, and that a sharper fall than in 2012 “becomes a credible scenario”. According to the Institute, the clearing mechanism that the EU wants to set up (special-purpose vehicle, or SPV) is “barely applicable” to oil trading, as the risk of sanctions for the companies concerned remains unresolved. They are liable to be excluded from the US market, a prospect that scares many companies.

For this reason, the report assumes not only a virtual shutdown (-90%) of Iranian oil purchases by Western countries, but also a collapse (-60%) in such imports by China and India. This would reduce Iranian supply by 2 MMb/d, which is far below the 2012 figure. It remains to be seen who will be able to compensate, even partially, for this considerable loss to the global market. The first possible candidate is the United States, where the supply of liquids will probably increase by 1.4 MMb/d next year, compared to the 2018 average. Focusing only on US oil, a 0.7 MMb/d increase over recent levels is conceivable, according to IFPEN. On the other hand, Russia’s potential for increased production, after recently hitting record levels, is much more limited (+0.2 MMb/d at most). As for OPEC, its apparent available capacity totaled 2.7 MMb/d in September, according to the IEA.

Saudi Arabia alone accounts for more than half of this figure. IFPEN considers that 30% or 40% of these limited availabilities could be exploited, amounting to some 1 MMb/d. Renewed production in the so-called “Neutral Zone” between Saudi Arabian and Kuwait could be added to this figure, amounting to a further 0.4 to 0.5 MMb/d. However, the initially-planned resumption date (in early 2019) has now become uncertain (see insert).

According to IFPEN’s calculations, the potential decline in OPEC’s supply would be around 2 MMb/d as of November 2018. Possible compensation is limited to 1 MMb/d in NovemberDecember, then to 1.4 MMb/d in 2019, if production in the Neutral Zone is included. OPEC’s supply is therefore expected to drop sharply, falling from 32.6 MMb/d in August to 31.5 MMb/d by the end of the year. A partial recovery to 31.9 MMb/d could occur later. On the market, this would lead to a shortfall of 0.9 MMb/d during the last quarter of 2018. But the situation would turn around fairly quickly, due to a probable slowdown in demand. This would lead to a supply surplus of 0.7 MMb/d during Q1 2019, provided that production really does resume in the Neutral Zone. Beyond that, for the whole of 2019, the market would be “just about balanced”, according to IFPEN. Demand would eventually catch up with supply.

Against this background of strong possible pressure on supply, western countries could perhaps call on their strategic reserves, as they did in 2011 following the decline in Libyan production caused by the civil war. “A very flexible formula, quite close” to that of 2011, could be adopted again, says IFPEN. This could reduce potential market tensions as well as speculation. In addition, the United States could decide to reduce its strategic reserves, a process which has already started: for the time being, however, only 20 MMb is scheduled to be sold in 2019, which would have a negligible impact on the market.

As far as prices are concerned, futures markets are forecasting an average of $82 a barrel next year, as compared to $75 this year. But due to the tense economic situation (trade conflicts and high oil prices), it is quite possible that next year’s world GDP growth will prove disappointing. The IMF and the OECD have both recently issued warnings to this effect. If the fears of these organizations prove to be well-founded, oil demand could slow, causing prices to fall. A faster-than-expected rise in US oil production, if there is a rapid improvement in transport capacity, could also drive down prices.