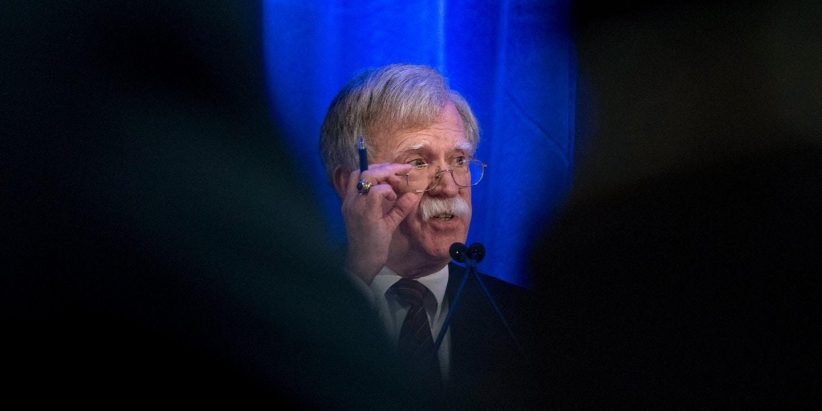 Emil Sanamyan, the editor of the Focus on Karabakh, a project of the USC Institute of Armenian Studies, spoke with CivilNet’s Stella Mehrabekyan about the October 24-25, 2018 visit to Azerbaijan and Armenia by the U.S. president’s national security adviser John Bolton.

Q. How do you assess Bolton’s visit to the region? What important messages were delivered?

A. As Bolton explained in his interview prior to the visit, the objective of his trip to the South Caucasus had to do with how these countries are dealing with Iran, Russia and Turkey, rather than the Caucasus countries themselves. Bolton is known as a proponent of more muscular foreign policy, especially with regards to Iran. And during this trip, Bolton was taking the measure of how useful the Caucasus countries could be in terms of isolating Iran.

Q. Bolton commented on the possibility of weapons sales to Armenia and Azerbaijan. How could this affect the regional situation, the Karabakh negotiations process?

A. Bolton made it clear that he considers weapons sales to be a way to expand America’s regional influence and to reduce the influence of Russia. How this might actually impact the region or the negotiations process is yet to be determined since that depends on what actual form such sales might take. It is also clear that for Bolton the Karabakh negotiations process is not a priority. As he said, quoting former secretary of state Jim Baker, the U.S. cannot be more interested in resolving the conflict than the parties to the conflict themselves.

Q. During his press conference in Yerevan Bolton repeatedly stated that following the snap general election Nikol Pashinyan will receive a strong mandate, which would make it possible for him to take decisive steps. What do you think the national security adviser meant by that?

A. I think Bolton simply stated the fact that Pashinyan’s strong victory in the elections is very likely. It is possible that Bolton hopes that with this mandate, Pashinyan would be ready to take certain steps to draw Armenia closer to the U.S., while limiting relations with Iran and reducing Russian influence.

A. Mills’ comments simply underscored the fact that public attitudes in Armenia to a great extent do not correspond with ideas announced in the Karabakh negotiations process, with the so-called Madrid principles, in their original or updated interpretations. I do not see any new Washington initiative in this. This was just a candid reflection that the approaches, which U.S. had formally endorsed, as did the other mediators, are unacceptable for the majority of Armenian citizens.

Q. What proposals with regard to Iran could have been made in Yerevan, and how do you see Armenia’s position in this issue?

A. Iran was the main reason for Bolton’s visit. Overall, there is a consensus view in the United States that as a result of the overthrow of Saddan Hussein, the wars in Syria and Yemen, Iran has expanded its influence throughout the Near East and that the U.S. should something to reduce or at least limit this influence. To do this, different forms of pressure are being applied on Iran. And in that sense Bolton’s views may not represent the consensus approach of the administration. For Armenia Iran is an important neighboring country. The United States are very important for Armenia as well. I think, Armenia’s leadership will continue to balance between these two antagonistic forces, just as something similar is done in relations with Russia and the West.

Read the interview in Russian, Armenian.