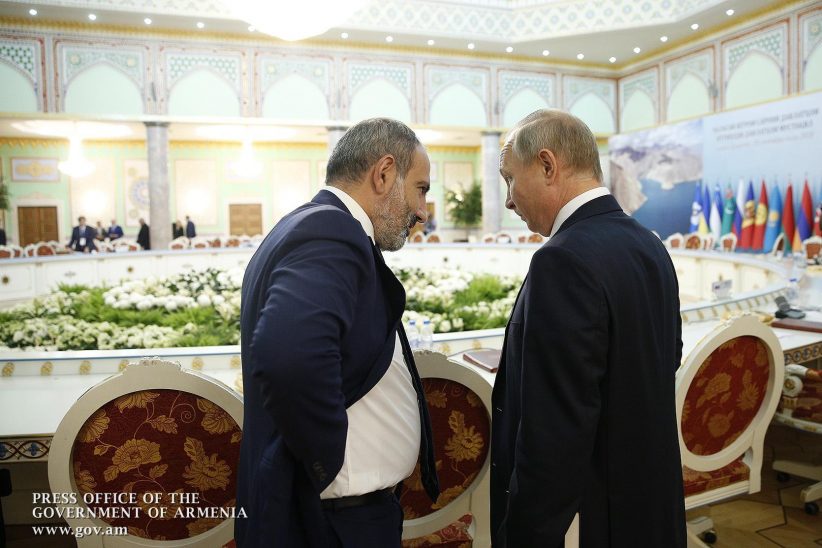 According to Kremlin’s official website, Putin mentioned that the relations between Armenia and Russia are based on “good traditions of friendship and mutual respect” and the countries have accumulated a significant experience of fruitful cooperation in different spheres.

“I expect our dialogue and joint constructive efforts to contribute to the further strengthening of the Russian-Armenian relations, as well as the promotion of integration processes in the Eurasian space.” Putin’s noted.

Nikol Pashinyan was appointed as Armenia’s prime minister on Monday more than one month after his My Step Alliance won snap parliamentary elections with roughly 70% of the votes.

A Look at Armenia’s Elections, What’s Next?

President Armen Sarkissian signed the appointment decree at a meeting with Pashinyan.

Pashinyan had resigned from the position last October and became acting prime minister in order to trigger snap parliamentary elections. Per Armenia’s constitution, that was the only way to do it.

How the World Saw Armenia’s Elections