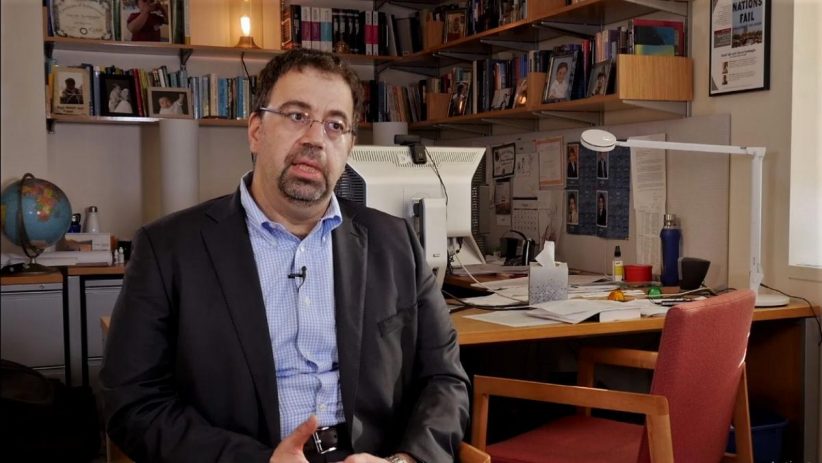 By Daron Acemoglu and Pascual Restrepo

The article was published on Project-syndicate.org

For centuries after the Industrial Revolution, automation did not hinder wage and employment growth, because it was accompanied by new technologies geared toward maintaining the role of human labor in value creation. But in the era of artificial intelligence, it will be up to policymakers to ensure that the pattern continues.

Artificial intelligence is transforming every aspect of our lives, not least the economy. As a general-purpose technology, AI’s applications are potentially endless. While it can be used to automate tasks previously performed by people, it can also make human labor more productive, thereby increasing labor demand.

Unfortunately, the current trend in commercial AI development is toward more and more automation, with potentially disastrous consequences for society. To be sure, automation has been an engine of productivity growth since the beginning of the Industrial Revolution, when, starting in the late eighteenth century, weaving and spinning were mechanized. But the tide of automation does not automatically lift all boats. By replacing labor with machines in production tasks, automation reduces labor’s share of value added (and national income), contributes to inequality, and may reduce employment and wages.

And yet most modern economies have experienced robust wage and employment growth since the Industrial Revolution. As automation has displaced workers in performing certain tasks, other technologies have emerged to restore labor’s central role in the production process by creating new tasks in which humans have a comparative advantage. These technologies have not only contributed to productivity growth, but have also increased employment and wages, generating a more equitable distribution of resources in the process.

Consider agricultural mechanization, which started in the nineteenth century. At first, the substitution of machines for raw labor did reduce the share of labor in value added, displacing a huge share of the US workforce that had previously been employed in farming. But, at the same time, burgeoning new industries needed workers to perform novel tasks and pursue emerging occupations. Clerical positions expanded both in services and manufacturing, where a finer division of labor boosted productivity, employment, and wage growth.

A similar pattern of technological change fueled employment and wage growth for high- and low-skilled workers alike in the decades following World War II. Yet, in the past three decades, the accompanying changes needed to offset the labor-displacement effects of automation have been notably absent. As a result, wage and employment growth has remained stagnant, and productivity growth anemic.

Ominously, AI appears set to exacerbate this pattern, leading to even higher inequality and many more decades of slow wage growth and declining labor-market participation. But there is nothing about AI that requires this outcome. On the contrary, AI applications could be deployed to restructure tasks and create new activities where labor can be reinstated, ultimately generating far-reaching economic and social benefits.

In education, for example, real-time data collection and processing by AI systems can empower teachers to offer individualized instruction calibrated to each student’s needs, which likely vary from subject to subject. The same applies to health care, where AI can empower technicians and skilled nurses to offer personalized treatments. Moreover, AI’s potential benefits for labor are not confined to services. Thanks to advances in augmented and virtual reality, it can also be used to create new tasks for humans in high-precision manufacturing, which is currently dominated by industrial robots.

It is tempting to think that the market will translate these promises into reality. New technologies generate benefits not just for the inventors and early adopters, but for other producers, workers, and consumers as well. And some technologies have the capacity to spur job creation and reduce inequality, with huge social benefits that the inventors and early adopters didn’t even consider.

The problem is that technology markets don’t work so well when there are competing paradigms in play. The more the automation paradigm pulls ahead, the more market incentives will favor investing in that area at the expense of other paradigms that could create new labor-intensive tasks.

If that isn’t reason enough not to trust in the market, there are additional problems specific to AI technologies. To take one example, the field is dominated by a handful of large tech companies with business models closely linked to automation. These firms account for the bulk of investments in AI research, and they have created a business environment in which the removal of fallible humans from the production processes is regarded as a technological and business imperative. To top it off, governments are subsidizing corporations through accelerated amortization, tax breaks, and interest deductions – all while taxing labor.

No wonder adopting new automation technologies has become profitable even when the technologies themselves are not particularly productive. Such failures in the market for innovation and technology seem to be promoting precisely the wrong kind of AI. A single-minded focus on automating more and more tasks is translating into low productivity and wage growth and a declining labor share of value added.

This doesn’t have to be the case. By recognizing an obvious market failure and redirecting AI development toward the creation of new productivity-enhancing tasks for people, we can achieve shared prosperity once again. We dare not hazard the alternatives.

Daron Acemoglu is Professor of Economics at MIT and co-author of Why Nations Fail: The Origins of Power, Prosperity and Poverty.

Pascual Restrepo is a professor of economics at Boston University.