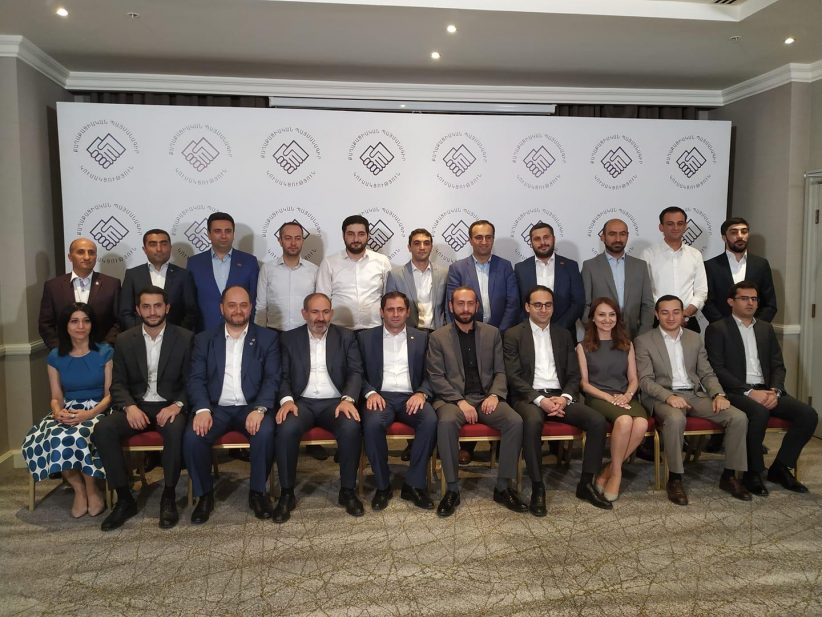 Following the elections, party members reacted to the new composition of the board, expressing regret for the lack of representation by women.

Lusine Kharatyan, a civil society activist and a member of the Civic Initiative for Education, referred to the new party’s composition as a closed men’s club.

Arman Gharibyan, co-founder of Human Rights Power non-governmental organization, expressed his disappointment and added that the result does not reflect the country’s demographic state.

According to the Armenian National Statistical Service, 52 percent of the Armenian population is made up of women and 60 percent of citizens with higher education are women.

CivilNet’s Tatul Hakobyan asked Vilen Gabrielyan, newly elected board member, about why the ruling party does not include more women in its ranks.

Gabrielyan admitted that he would also personally criticize this result, noting that the reason is related to the fact that Armenian society still finds it difficult to see Armenian female leaders in the political field.

CivilNet contacted the spokesperson of the Civil Contract Party, Vahan Kostanyan, to ask how the process of election within the party took place. According to Kostanyan, it is based on “free choice of each member and there is no policy of gender quota.”

The Civil Contract Party bases its platform program on a democratic ideology where the people are the active members of their own society.

During the 2018 “velvet revolution”, the country saw an unprecedented number of women protesting, and leading demonstrations. However, only one member of Pashinyan’s current cabinet, Labor and Social Affairs Minister Zaruhi Batoyan, is a woman.

Read More: Will a New Armenia Make Room for Women in Government?