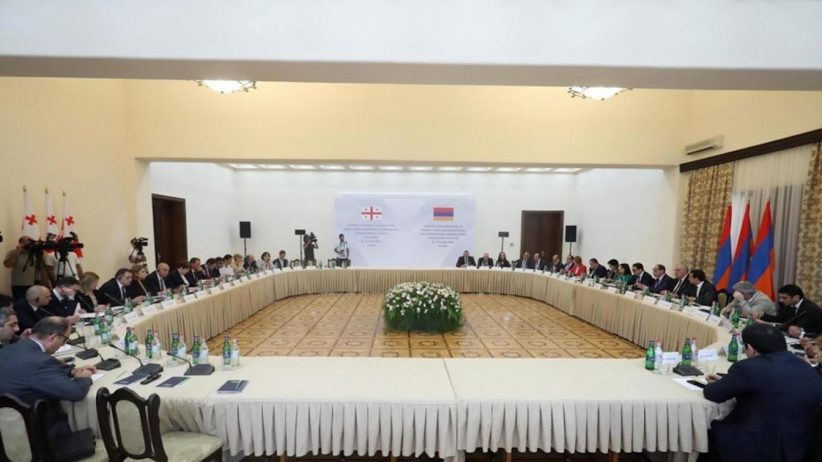 Following the 10th session of the Armenia-Georgia Inter-Governmental Commission on Trade-Economic Cooperation which took place in Yerevan on June 27, Tigran Avinyan, Armenia’s Deputy Prime Minister, said that this is a basis for further strengthening and developing ties between the two neighbouring countries.

“We attach great importance to our relations with Georgia and can state that today the political dialogue between Armenia and Georgia is at a very high level,” Avinyan said. “The clear recommendation of the two prime ministers is to bring bilateral cooperation in the economic sphere to a level appropriate to two neighboring and friendly countries.”

Avinyan also expressed confidence that the activities of the Commission will contribute to opening new prospects in the fields of technology, tourism, agriculture, culture, education and healthcare

“Armenia-Georgia trade turnover and investments from Armenia to Georgia are growing. Tourism is also developing between the two countries,” Tskitishvili said.

Armenia-Georgia relations strengthened recently, after Hakob Tshagharyan, adviser to Armenia’s Prime Minister, announced that various Armenian airlines will increase the number of flights between Georgia and Russia. This decision was made following an  announcement that Russia will not permit Russian carriers to enter Georgian airspace.

Russia’s decision followed demonstrations that broke out in Tbilisi on June 20 to protest a member of Russia’s parliament presiding over a meeting in Georgia’s parliament.