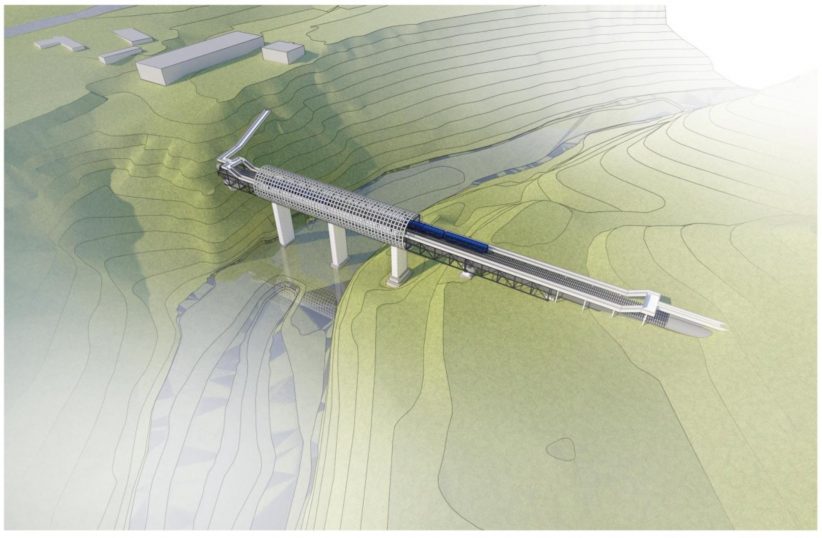 Hakob Karapetyan, spokesperson of the mayor of Yerevan, released a sketch of the new metro station in the district of Ajapnyak on his Facebook page on Tuesday.

“We plan to install the station on a bridge to be built on the Hrazdan River, which will allow access to and from the subway to the right and left sides of the canyon, from Halabyan (near Tumo) and Kievyan section (Barbus St.),” Karapetyan said.

On the same day, Deputy Mayor of Yerevan Hayk Sargsyan announced that an agreement has been reached with the investor for the construction of the station. However, a start date has not yet been set.

“The negotiations have reached the design stage for the metro station and bridge. We have a preliminary agreement that the investing party will finance it from the very beginning of the project phase,” he told journalists.

In January, chief architect of Yerevan Arthur Meschian had announced the construction of two new subway stations located in the district of Ajapnyak.

Since 1988, there have been no developments to the Metro structure.
More:
Yerevan Metro Symphony